Brooks Koepka has revealed that his frustrations were boiling over prior to his latest PGA Tour victory, leading him to snap golf clubs in his house and not leave his room for 30 hours. 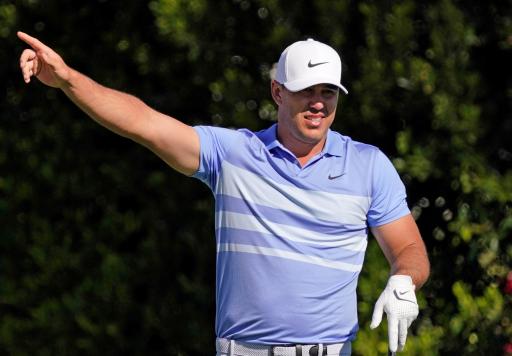 Brooks Koepka recently opened up on the mental battle he faced throughout an injury-riddled year in 2020 and he has now revealed that prior to his victory at the Waste Management Phoenix Open, he snapped two sets of irons over his knee out of frustration.

It was a fantastic victory for Koepka in Arizona at TPC Scottsdale, ending his victory drought that dated back to the WGC St Jude Invitational in July 2019.

Koepka had been dealing with a serious knee injury that sidelined him on multiple occasions and had him questioning whether he would ever be the same golfer again, leading the four-time major winner to boil over with frustration.

He boiled over so much in fact that after missing the cut at the Mayakoba Classic in December, he snapped two sets of irons over his knee in his living room.

“I don't really do that,” Koepka said ahead of this week's Genesis Invitational. “So there was quite a bit of frustration, but at the same time you've just got to stick it out.

“I felt like my patience is always there, it's just sometimes results take a little bit longer. You're doing the whole process, you're doing it exactly how you want it, but the results might not be there, and I think that sometimes you can get result-oriented and I think that's kind of where I was.”

Although Koepka is finally feeling fit and healthy once again, a week before winning the Phoenix Open, the 30-year-old missed the cut at the Farmers Insurance Open, which caused so much frustration and disappointment, he didn't come out of his room for "about 30 hours".

RELATED: Rick Shiels reveals why he has SPLIT with Nike Golf

“I was so mad at myself,” Koepka said. “Didn't want to talk to anybody. I was really agitated, really pissed off. Sometimes you need that. Sometimes you just need to not reset but really think about, ‘all right, hey, this is what I've got to do,’ and I did it.”

After ending his long wait for a victory at the Phoenix Open, Koepka says his game is starting to get back to the level that saw him win four major championships.

“It’s pretty close,” he said. “I feel very confident. I like where I'm at. My game feels exactly where it's been in the past.”