Rick Shiels reveals why he has SPLIT with Nike Golf

The YouTube giant has been sponsored by Nike Golf since 2017, but has now revealed he is a free agent. 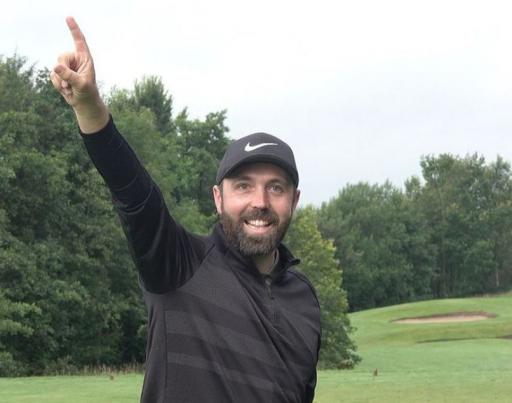 Rick Shiels has revealed that he is no longer sponsored by Nike Golf, after the brand changed its model in a way that Shiels felt would have a negative effect on his relationship with his audience.

Speaking on the most recent episode of his podcast 'The Rick Shiels Golf Show', the YouTube giant discussed that he had been approached by Nike Golf in the past, but at the time they were still manufacturing golf clubs and in order to remain impartial in his videos, a deal with the brand wasn't possible.

Shortly after, Nike stopped producing golf clubs - much to the disappointment of golfers all over the world - and focused their attention on apparel.

After approaching Shiels again, an agreement was reached between both parties and Shiels' deal with Nike Golf was underway.

"The start of 2017 I signed a head-to-toe deal with Nike," Shiels said on his podcast. "It was a paid sponsorship and it has been now for the past four years. And I say has been. Because things have changed.

"From the 1st of January 2021 my relationship with Nike ended and it ended professionally. Pretty much all the years that I’ve been signed with Nike it was a very clean brand partnership. They paid me, they sent me product, I wore the product.

"The partnership has always been really good, it’s always been super professional, they’ve never really asked anything from me more than just to wear the product.

"Generally, I’m not pushing sales, I’m not a salesman, I’m effectively a model. That was what I was doing for the last four years and I’ve really enjoyed it, but things have changed, Nike’s strategy has changed.

"At the end of last year they put a new deal down, they wanted to continue the relationship. They put a deal down and explained that the conditions had changed slightly and it was now going to be a bit more ‘paid to post’."

Shiels and his co-host of the podcast Guy Charnock went on to explain that the proposed new deal would see Shiels posting more frequently about Nike products on social media, with 'swipe up to buy' options for his followers.

With over 1.46 million subscribers on YouTube, Shiels is the most-watched content creator in the sport and he places a premium on his relationship with his ever-growing audience.

"I’ve always really respected my relationship with my audience," he added. "It’s one of the most important strands of my business model that this relationship I have with my audience is transparent, it’s honest but it’s also trustworthy and as much as I absolutely love the Nike apparel I don’t want to feel like I’m needing to push product down people’s throats.

"Like I say, you’ve seen me head-to-toe in Nike for the last four years and nothing changes. I will still be wearing Nike, not only because I’ve got a shed load of the product but I’ve also been out and bought more product. They wanted to give me product to wear but I just thought let’s keep this clean, so I went out and I bought product because I do love the brand.

"Even though the partnership right now in this moment of time hasn’t continued, I thank Nike, they’ve been amazing supporters of the channel, it’s just their model has changed for influencers and it doesn’t fit in with what I want."

Shiels is currently raising money and awareness for the mental health charity Mind by walking 18 holes (four miles) with his golf clubs every day in the month of February.

Many men and women rely on playing golf with others in order to socialise and talk about their lives, but due to the third national lockdown, all golf courses in England are currently closed.

If you would like to help Shiels and donate to Mind, or you'd like to read more about what he is doing for the charity, click here.