Bryson DeChambeau has now NOT spoken to media since early July

Bryson DeChambeau has had an up-and-down relationship with the media and golf fans during the PGA Tour this season. 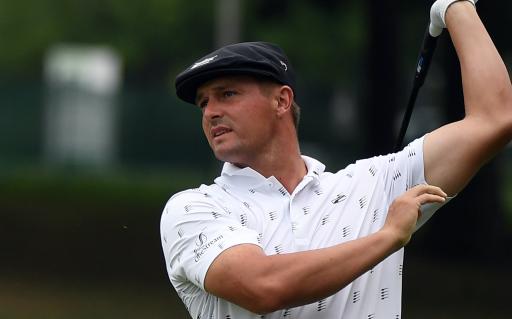 The last time that Bryson DeChambeau spoke to the media was at the WGC-FedEx St. Jude Invitational when he told them that he didn't need the Covid-19 vaccine.

This is not the first time that DeChambeau has chosen to ignore the media for a sustained period of time on the PGA Tour. At the Rocket Mortgage Classic, he refused to speak to the media following the split with his caddie Tim Tucker.

This was a questionable choice by the 2020 US Open champion because he won the event last season and he is also sponsored by Rocket Mortgage. Throughout the Northern Trust, the first leg of the FedEx Cup Playoffs, he still hasn't spoken to the media.

DeChambeau is the most talked-about golfer in the world, there is simply no doubt about it. And considering his behaviour, whether you like him or not, this is hardly surprising.

When the 27-year-old speaks to the media, he often expresses strong views on various subjects and answers questions about his behaviour on the golf course, such as when he neglects to shout 'FORE'.

Although there is evidence that he has indeed not shouted 'FORE' when hitting his ball towards a crowd, DeChambeau maintains that he does shout when he hits one offline.

This has also meant that many fans have not warmed to him, which has resulted in some fans taunting him at PGA Tour events by shouting "Brooksy."

So there is also the spat, the feud with Brooks Koepka that both players have added fuel to carry on the fire. This has again contributed to the constant media attention surrounding DeChambeau.

The World No. 6 has made headlines for good reasons in 2021 such as when he won the Arnold Palmer Invitational and his first major championship almost 12 months ago.

But his best form is a thing of the past right now, he has made two top-10 finishes in his last 11 appearances. For as long as he continues to disappoint, it will be his behaviour and manner that we discuss and not his golf.

NEXT PAGE: DID YOU KNOW THIS RULE ABOUT CARRYING A CLUB THAT CAN CHANGE IN LOFT?