Bryson DeChambeau: How much is the PGA Tour star worth in 2021

DeChambeau has enjoyed great success on the PGA Tour in recent years and has reaped financial rewards on and off the course along the way. 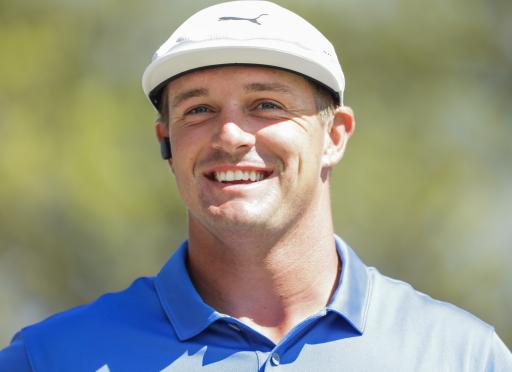 Bryson DeChambeau has become one of the most recognisable players on the PGA Tour with his long drives, low scores and flamboyant personality.

Since his first year on the PGA Tour in 2015, he has won eight times, including the Arnold Palmer Invitational, the Memorial Tournament and an emphatic first major win in the US Open at Winged Foot in 2020.

Not only has he shot up the World Rankings to a career-best fifth place, but the man known as the 'Mad Scientist' has also risen quickly in the PGA Tour earnings list and gained many lucrative sponsorship deals along the way.

Jordan Spieth loses made-cut streak, but still 122 short of Tiger Woods record
WATCH: Bryson DeChambeau's EPIC STRUGGLE to get a volunteer to move out the way!

In terms of sponsorship deals, DeChambeau signed with Cobra Puma Golf in 2016 and uses Cobra Golf clubs, including unique One Length irons, along with wearing PUMA Golf's clothing range.

His PUMA flat cap, a throw back to one of his golfing idols Ben Hogan, has become a distinguishing feature on the course.

In 2018, the man from Modesto, California partnered up with Bentley and also has endorsements with Bridgestone Golf (just like Tiger Woods), NetJets, Bose and Rolex.

It is no secret that DeChambeau spends a lot of time in the gym, building strength to drive the ball long distances, and he has also teamed up with health company Performance Inspired Nutrition.

RELATED: HOW MUCH IS TIGER WOODS WORTH IN 2021

His goal to hit the ball further has been crucial to his success and he will certainly hope to be at the top of the leaderboard at The Masters.

If the World No.5 was to earn himself his first green jacket at Augusta National, he would rise even further up the PGA Tour earnings list and towards the staggering $120,851,706 mark set by Tiger Woods.

It is estimated that Bryson DeChambeau is worth more than $10 million.