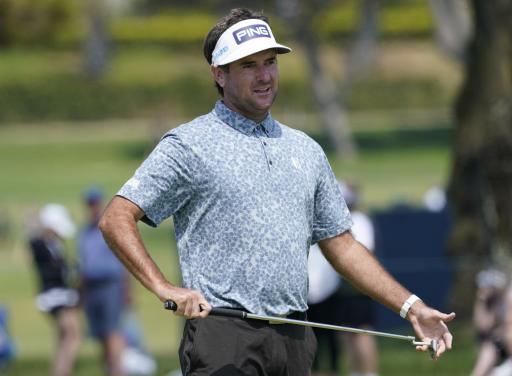 Bubba Watson may have missed a number of short putts on day three at the Travelers Championship but the American still holds every chance of entering the record books on Sunday night.

Watson, 42, won the Travelers Championship in 2010, 2015 and 2018 and should he land a fourth victory on Sunday night he will join Billy Casper for record wins in the tournament.

The two-time Masters champion started the third round one shot behind Jason Day but hit the front early on in the round with three birdies to go out in 32 shots on the outward nine.

Watson, however, would come home in a 1-over par 36, much down to missing four putts inside of five feet.

Kramer Hickok will join Watson in the final group on Sunday after matching his compatriot's round of 2-under 69.

The American duo find themselves out in front on 10-under par and one shot clear of Day, who bogeyed the last for a round of level-par 70, Cameron Smith (66) and Russell Henley (68).

Dustin Johnson played himself into contention for a first PGA Tour title in 2021 with a superb round of 65 and the two-time major champion lies just three shots back alongside a logjam group of players including Bryson DeChambeau, who posted a 68.

Further down the board, Patrick Cantlay and Ian Poulter are four strokes off the pace on 6-under par following rounds of 70, with Brooks Koepka a further shot back after a round of 69.

NEXT PAGE: BROOKS KOEPKA RESPONDS TO A GOLF FAN WHO SAYS HE SPENT $100 ON HIM THIS WEEK