Jason Day is one shot behind Bubba Watson and Kramer Hickok on 9-under-par with one round to go at the Travellers Championship. 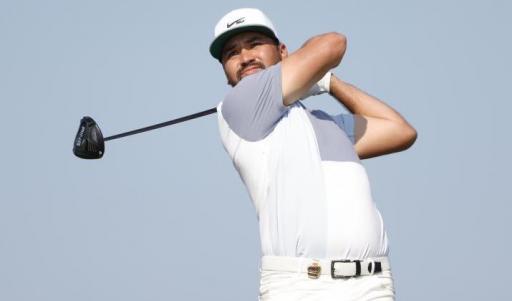 Jason Day has experienced some of the worst form of his career in recent weeks, but he has a great chance to pick up his 13th win on the PGA Tour at the Travelers Championship.

The Australian shot an incredible score of 62 on Friday to fire himself into the lead at TPC River Highlands, and he followed this up with a level-par round on day three to remain in contention.

But after the third round in Connecticut, Day admitted that he suffered from some body issues out on the course, which we have seen him struggle with before.

"I'm just stiff. I had allergies out there, too, so that wasn't good," said Day.

"I was on 14 and I needed some eyedrops and Bubba pulled them out of his pocket, so that was nice. But, yeah, just a little stiff. It's fine. It is what it is. I was just saying before it's not stopping me from hitting some good golf shots, which is nice.

"The biggest thing today was the wind was pretty hefty out there and the green speed caught me off guard. They were a little bit slower."

In 2015, Day collapsed at the US Open at Chambers Bay as a result of dizziness but much to the relief of all golf fans, he was well and able to continue to his tournament.

The 2015 PGA champion has missed three of his last four cuts on the PGA Tour and he has only made two top-10 finishes in his last 14 events, which is a poor record when you consider the standards that Day has set in his career.

After his score of 8-under-par in the second round, the former World No. 1 had a consistent round on day three with two birdies and two bogeys to remain in contention.

Day is one shot behind Bubba Watson and Kramer Hickock on 9-under-par with one round remaining and if he was to be victorious on Sunday night, it would be his first win on the PGA Tour since the Wells Fargo Championship in 2018.

NEXT PAGE: SHOULD GOLFERS WITH NO CLUB MEMBERSHIPS BE ALLOWED A HANDICAP?