Bubba Watson reveals knee injury will sideline him from some big events, including the US Open. 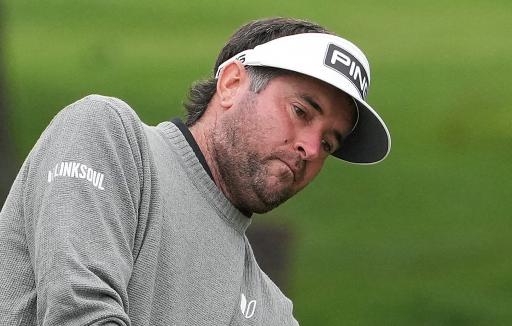 Bubba Watson will miss some key events on the PGA Tour this summer after being sidelined with a knee injury following the PGA Championship at Southern Hills.

Watson, a two-time Masters champion, was in contention for the Wanamaker Trophy heading into the weekend but he struggled thereafter with rounds of 73 and 75 to finish in a tie for 30th.

The left-handed American took to social media to congratulate PGA champion Justin Thomas, as well as give reason for his weekend slump.

Watson has a torn meniscus and will now be out of PGA Tour action for "four to six weeks".

That means Watson not only misses this week's Charles Schwab Challenge, but he will also miss the US Open at Brookline that starts on June 16.

Watson will no doubt also have concerns about making the 150th Open Championship at St Andrews, albeit that is just outside his timeframe in seven weeks time.

Congrats @justinthomas34 on #2 @pgachampionship!! It was a great event this year, just didn’t pan out how I hoped.

Also I’m disappointed to have to pull out of @CSChallengeFW. Recent knee issues turned out to be a torn meniscus so I’ll be out for 4-6weeks. Hope to be back soon! pic.twitter.com/PXwjCAgsqY

"It was a great event this year, just didn't pan out how I hoped.

"Also I'm disappointed to have to pull out of the Charles Schwab Challenge.

"Recent knee issues turned out to be a torn meniscus so I'll be out for 4-6 weeks. Hope to be back soon."

Next Page: Shane Lowry rushes to the defence of Rory McIlroy as another major championship slips through his fingertips