Shane Lowry gives his verdict on Rory McIlroy after another major championship slips through his fingertips. 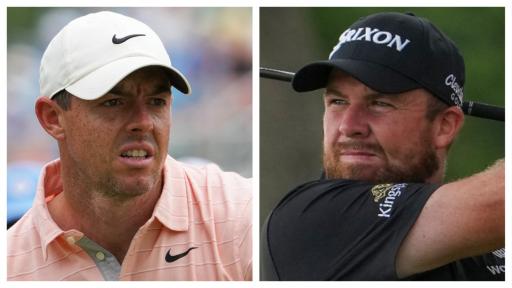 Shane Lowry has rushed to the defence of Rory McIlroy after another major championship slipped through the Ulsterman's fingertips at the US PGA.

Lowry spoke to the press after a closing 69 saw him finish tied 23rd for the tournament, and the subject of McIlroy was instantly brought to the fore after the Northern Irishman declined all media requests for interview on the weekend.

Related: Rory McIlroy DECLINES all media requests as he storms out of the PGA Championship

McIlroy raced out the gates with a 5-under 65 - a score that ended up being good enough for a playoff - and he ended the week in solo eighth on 2-under par following rounds of 71, 74 and 68.

Despite going 28 majors without adding to his haul of four major titles, McIlroy has won 11 more times since then on the PGA Tour and has even lifted the FedEx Cup twice.

With that in mind and after McIlroy has finished 2-8 in the year's first two majors, Lowry believes the keyboard warriors out there need to give McIlroy a break.

"The armchair golfers don't realise how hard it is out here," said Lowry, who won The Open in 2019.

"It's not as easy as shooting 65 in the first round.

"I saw a quote from him from last week, I don't know when it was from, where was he hasn't won a major since 2014, but he has pretty much done everything else you have to do in the world of golf.

"So it's not like he's in a slump. It's almost like you're a victim of your own success. People expected him to win 10 majors when he won those four and it just hasn't worked out like that. But he's only 33 now and he still got a long way to go in his career."

Next Page: Mito Pereira taking the positives after throwing away the PGA Championship