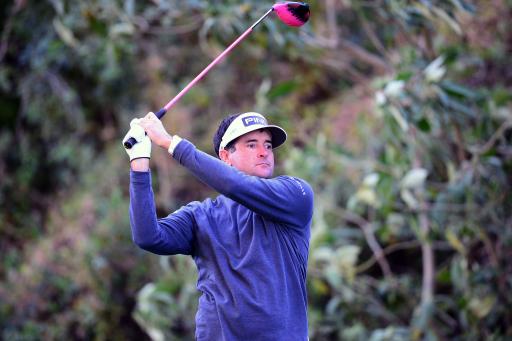 Bubba Watson was left to rue some incredibly bad luck en route to missing the cut at The Players Championship after a course marshal ran over his golf ball causing it to become lost.

Watson's caddie Ted Scott took to Twitter to reveal their frustration following the incident that unfolded on the 7th hole during round one.

The ball was driven over by a golf cart causing it to become lost, but according to Scott, the ball was then found a hole later when it was too late.

Golf is Hard!
Hit our ball next to the path near a cart.
Guy moves cart, runs over ball.
Ball cannot be found.
One hole later, someone digs it up and tells us they found it #THEPLAYERS #PGATour

"Golf is hard," tweeted Scott, filling his tweet with a bunch of emojis. "Hit our ball next to the path near a cart. Guy moves cart, runs over ball. Ball cannot be found. One later, someone digs it up and tells us they found it."

Watson had to go back to the tee as a result of the 'lost ball' and went on to make a disastrous triple-bogey seven on the par-4 7th en route to a first-round 76.

The two-time Masters champion then added a round of 2-under 70 on Friday, but it was to little avail as he missed the cut by two shots.

No video has been posted of the incident.

The missed cut marks a dismal run of recent results of Watson, who has now missed three of his last five cuts.

Watson was a number of star names to miss the halfway cut at TPC Sawgrass, none more notable than defending champion Rory McIlroy slumping to a dismal 10-over par.