Cameron Champ is one of four players on the PGA Tour with black heritage and has before expressed his support for the Black Lives Matter movement. 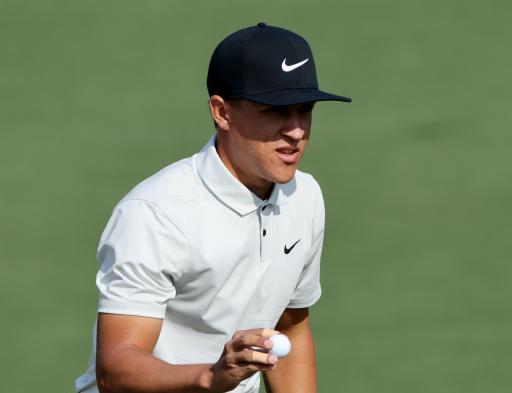 The world held its breath this week as a verdict of guilty was given to former police officer Derek Chauvin for the murder of George Floyd in Minneapolis last year.

The sentencing of Chauvin is likely to take place in two months and the decision made by the jury was met with elation from many people across the world.

Cameron Champ has previously shown his support for the Black Lives Matter movement, such as when the World No. 87 wore one black and one white shoe at last year's BMW Championship.

The words "Jacob Blake" and "BLM" were written on his shoes to pay tribute to Jacob Blake who was shot multiple times by police in Wisconsin last August.

"(Chauvin) probably didn’t intentionally mean to kill him but he did, however, you want to perceive it. To the Black community and minorities in general something has to be done. This can’t just get swept under the rug.

"All of sports, in general, has been behind it. Everything is starting to come to light more and things are slowly starting to change, which is great to see.

"It’s a huge step in holding everyone accountable no matter your race, your profession or how much money you have."

Champ has become an exciting player on the PGA Tour since he made his first start in 2017. He won his first event at the Sanderson Farms Championship in 2018 and followed this up with a win at the Safeway Open in 2019.

The two-time PGA Tour winner has caught the eye on many occasions with his ability to hit long drives and he is currently third on the PGA Tour in driving distance.