Cameron Champ: What's in the bag of the three-time PGA Tour winner?

Cameron Champ was an impressive winner of the 3M Open at TPC Twin Cities, but what clubs did he use to win his third PGA Tour title? 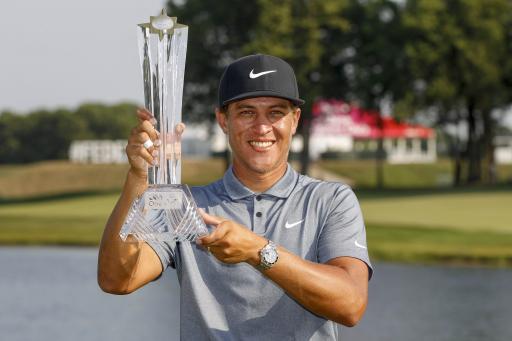 Cameron Champ held his nerve on the final hole to win the 3M Open on the PGA Tour, securing his third career title.

Champ began the day two shots behind the 54-hole leader Cameron Tringale, but the 26-year-old surged through the field with a bogey-free score of 5-under-par.

The man from California faced a scare on his 72nd hole at TPC Twin Cities, but he hit a great approach to the par-5 green which secured his par and the victory.

Champ has experienced poor form on the PGA Tour in recent months, either withdrawing or missing the cut in five of his last seven events, but this is now all behind him.

It was another disappointing day for Louis Oosthuizen, who finished in a tie for second in Minnesota. The South African is arguably in the form of his life, but he has been frustrated on many Sundays this season.

CLUTCH.@Cameron__Champ will have 2 feet to win it after a DART at 18! pic.twitter.com/bhd6ihlPqz

Oosthuizen has finished second four times this season without winning, and he also finished tied third at The Open Championship and tied sixth at the Workday Championship at The Concession.

Cameron Champ - What's in the bag?