Cameron Tringale: The richest PGA Tour pro WITHOUT A WIN in over 300 starts?

This PGA Tour pro has more than $14 million reasons to smile yet that maiden victory still eludes him. 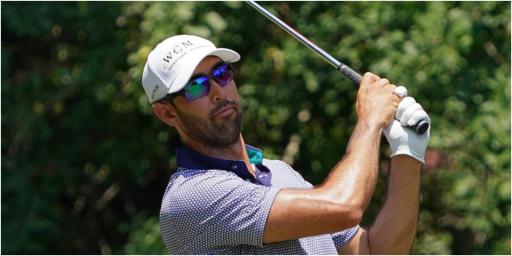 In more than 300 career starts the 34-year-old has got himself into contention a handful of times but has not yet managed to convert.

With that good showing at the Accordia Golf Narashino Country Club, he picked up another pay cheque for $875,000 dollars.

RELATED: WHAT IS RORY MCILROY'S NET WORTH?

RELATED: WHAT IS TIGER WOODS' NET WORTH?

RELATED: WHAT IS JON RAHM'S NET WORTH?

PGA Tour player Cameron Tringale gained a huge amount of speed last year incorporating the heel stomp drill into his swing. This drill is in our SuperSpeed protocols. Here he is giving a demo for @LukeDonald LD tips. pic.twitter.com/FEXCGsvPmr

It took Tringale to more than $14.5 million in cashes on the PGA Tour since he made his debut at the 2010 Sony Open in Hawaii.

As Brooks Koepka so often points out, there is a lot of disappointment in tournament golf and more often than not you will not win.

So you have to manage your expectations but it is surprising to see a player with Tringale's talent not manage to pick up a victory yet.

In more than 300 starts he has finished second on four occasions and they came at the Barclays, Zurich Classic, Shriners Open and ZOZO.

Cameron Tringale chips out of rough to 8 feet from the hole pic.twitter.com/TIGI4ly0wM

Last season Tringale made 27 starts on tour and made 20 cuts.

He had 11 top-25s and four top-10s, narrowly missing out at the Valspar Championship.

Troublingly for Tringale he just doesn't appear to get into contention enough.

And statistics from the PGA Tour official site reveal something startling.

In all of his career starts he has only finished in the top-10 8.5 per cent of the time and is in the top three at only 2.5 per cent.

That being said, Tringale would love nothing more than to scratch that itch and get his maiden win on the PGA Tour.

Tringale is currently ranked 54th in the official world rankings.

But at this point the odds of him claiming that breakthrough win are against him.