The tournament returns for its third edition and the field is noticeably weaker, which adds some value. 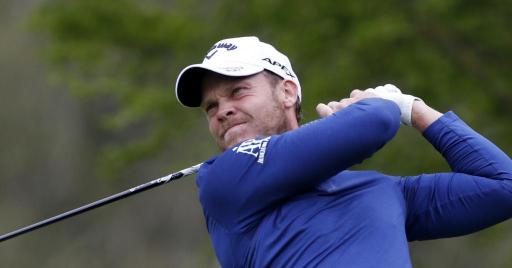 The 2021 Butterfield Bermunda Championship returns for its third edition at Port Royal Golf Course in Southampton.

Defending champion Brian Gay is back but he will have to keep a handful of major winners and former tour winners at bay.

In the field are Patrick Reed as well as England's Danny Willett and Matthew Fitzpatrick, the latter coming off a European Tour Victory.

Fitzpatrick won in Valderrama and will be buoyed that his run of strong form is continuing as he heads to the PGA Tour.

Everything points towards a maiden PGA Tour win for Fitzpatrick but his price doesn't represent the best value.

Let's take a look at some selected players and their prices:

RELATED: EUROPEAN TOUR WINNER GOT STUCK IN A TOILET

RELATED: SHOULD DJ BE ASHAMED OF THE ALLURE OF SAUDI RICHES?

As you can tell there are some big names missing.

Which is why there is some value to be had in this field.

Here are our betting tips:

Fitzpatrick is the favourite in the field but when he's on form, fit and healthy Reed is one of the best in the world. He's a fantastic driver of the golf ball and the field will need to keep the ball in play this week off the tee. With Reed's short game, he should fare well in Bermuda. That being said, it could be best to leave Reed alone until he feels his way back into regular action. Everything this week points towards a first PGA Tour victory for Fitzpatrick but it's very hard to bet him at such a short price.

Happy birthday to our very own Spider-man!

Villegas has been playing better over the last year or so and he's coming off the back of some good finishes. He came eighth at the Honda Classic and finished 11th at the Valspar Championship. He's trending in the right direction and has been playing well in courses similar to Port Royal (Bermudagrass). McDowell is very much alive in this sort of field. The field is hardly stacked and the Northern Irishman is one of the more experienced players in the field. Surely he's worth a punt?

Mito Pereira the next best option

Pereira has won four times on the Korn Ferry Tour. He's known in golf circles as one of the better ball strikers and has so far on Tour proven to be everything but a winner. This player must surely be one of the game's next top stars?

NEXT PAGE: IS THIS THE MEANEST GREENKEEPER OF ALL TIME?