What would you do in this Tiger Woods PGA Tour victory scenario?

If Tiger Woods threw his ball into the crowd and you caught it, would you swap it for anything? 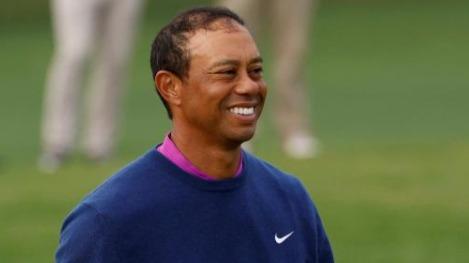 Just picture this scenario. You are standing by the 18th green at Augusta National and Tiger Woods is in contention to win his 19th major championship.

He rolls in his 10-foot putt to win The Masters and most importantly, to break the legendary Jack Nicklaus' record of 18 major titles.

Woods has once again sparked jubilant scenes on the PGA Tour and it is arguably the most historic and iconic moment in the history of our sport.

In a flurry of happiness and ecstasy, Woods throws his ball into the crowd. You see it out the corner of your eye and you catch the ball in the middle of your palm.

RELATED: 'I DO': GOLFER GATE-CRASHES GREENSIDE WEDDING CEREMONY TO PLAY A CHIP SHOT

Once he has calmed down, the achievement sinks in for Woods and he wants his ball back so that he always has something to remember this moment by.

He approaches you and politely asks you for his ball back. Of course, you want to keep the ball but this is Tiger Woods. He is one of the most recognisable figures in world sport and he would like his ball back.

You have decided to return his ball but you make a deal. The question is: what would you want in return for the ball that Tiger Woods has just won his 19th major title with?

twoinchesshort came up with this fantastic scenario and many golf fans left their views and wagers in the comments:

"Just give it back and have faith the goat will take care of you," one fan said.

"A round with him at Augusta. Done," one fan commented.

"Why do you think you should be compensated because you can catch? It’s his give it back," another fan said.

"One cold beer and a handshake.," another fan commented.

"Picture of us and the ball," one fan said.