Charley Hoffman after PGA Tour rant: "I have some trash to clean up"

Charley Hoffman takes to Instagram again to say he has "nothing but respect" for the PGA Tour. 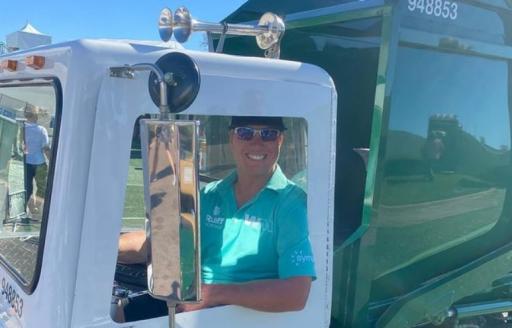 Charley Hoffman has taken to Instagram to claim he has "nothing but respect for the PGA Tour" despite going on the rampage late Friday night.

In an extraordinary post after his second round at the WM Phoenix Open, and in reference to a ruling he was not happy about on the 13th hole, Hoffman claimed there is "no accountability" on the Tour and "no protection" for the players.

He even tagged in @saudiintlgol among a host of other entities to try and get his message out there, including commissioner Jay Monahan.

But despite his hissy fit, Hoffman returned to his Instagram page ahead of his third round to address his comments.

Hoffman wrote: "Well it looks like I have some trash to clean up after last night's rant! #greenestshowongrass @wmphoenixopen I have nothing but respect for the @pgatour! Sometimes you have to use a platform to make a point so the PGA Tour can continue to be the best place to play professional golf in the world!"

His issues with the USGA and PGA Tour came after he had to drop twice at the 13th hole during his secound round.

Hoffman hit his drive into the water and took a drop on the side of a hill but there was no grass in the area.

He then dropped the ball twice, then ended up placing it on a small piece of grass.

Just like Rickie Fowler in 2019, he turned around and the ball started rolling into the water.

"I was under the impression that the @usga had changed that rule," Hoffman posted.

His feathers were ruffled even further as he had to take another penalty drop.

He then went onto claim that there was:

Hoffman also posted "You wonder why guys are wanting to jump ship and go play on another tour."

Well, tell us how you really feel Charley. DeChambeau jumped on the post, "agree wholeheartedly".

Phil Mickelson? "I feel ya".

Hoffman is a player director on the PGA Tour Policy Board.

He did make the cut at TPC Scottsdale with a second round score of 1-over 72.

The 45-year-old has four career wins in more than 440 starts on the PGA Tour.