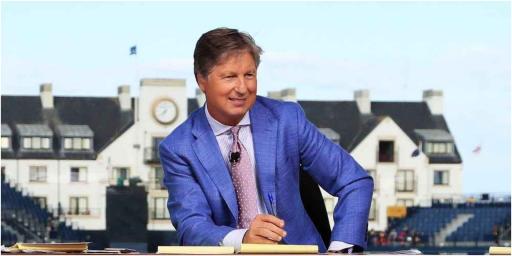 Brandel Chamblee has never been one to shy away from an opinion.

He delivered a scathing editorial last week on Phil Mickelson, accusing the 51-year-old of being a "ventriloquist puppet" for a murderous regime.

It was read widely and much has been made of his comments and Lefty's about the PGA Tour and a Saudi-backed Super Golf League.

That was in the wake of Mickelson's thoughts about how the PGA Tour's "obnoxious greed" had players looking at opportunities elsewhere.

We knew that this wasn't really going to stay out of the news cycle for more than 24 hours. But, surprisingly, it was Charley Hoffman who turned heads.

Hoffman, 45, appeared less than impressed with a rule that he thought the USGA had changed. It led to the journeyman pro saying the Tour had "no accountability".

His issues came after he got himself into a bit of trouble playing the 2022 Waste Management Phoenix Open at TPC Scottsdale.

In an extraordinary post, Hoffman summed up his feelings: "No wonder guys are wanting to jump ship".

What did Hoffman say?

This extaordinary post was picked up on by Chamblee, the 59-year-old Golf Channel analyst.

It led to him taking to Twitter to deliver another epic rant for the ages.

Check out what he said below:

Just read Charley Hoffman’s IG post where he ripped the USGA and PGA Tour for a perceived oversight in a rule and the course setup this week. He accused the tour of not protecting the players and having no transparency and said “you wonder why guys are wanting to jump ship”

No protection for the players?

They have sponsors exemptions for players struggling, top 50 & 25 career money list safety nets, they have the KFT where players can work their way back into form while still paying bills, they have an unmatched pension fund to look

out for the players as they age, they have a senior tour that allows them to grow old and be relevant… the tour couldn’t possibly look out for their players any more and by the way, if they players speak out against the tour, they don’t cut them up with a bone saw.

As for transparency, I’ll take the PGA Tour over Saudi Arabia and MBS when it comes to that issue.

And the only reason some players are “wanting to jump ship” such as Charley’s San Diego friend Phil Mickelson, is for money… or to use Phil’s phrase, obnoxious greed.

I’d have more respect for them, (though very little) if they just said it’s a lot of money and I’m conflicted, rather than fecklessly and ignorantly trying to make a case that working for the murderous Saudis is better than working for the philanthropic PGA Tour. https://t.co/RVFeEGN8IN