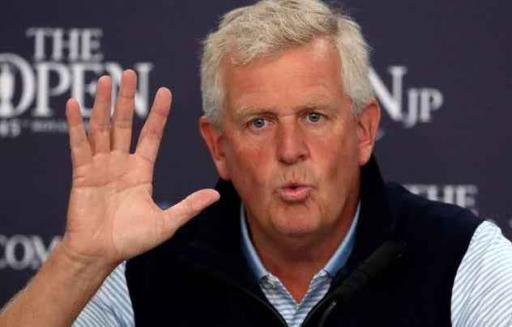 Colin Montgomerie expressed a deep concern for the bonus schemes and cash injections that have occurred on the PGA Tour and the DP World Tour.

Speaking to Bunkered, Montgomerie described the increased prize funds on the PGA Tour as madness, following the recent announcements made.

PGA Tour commissioner Jay Monahan stated in a memo to the players that the overall purse for the season in 2022 will increase from $367 million to $427 million.

The FedEx Cup bonus now stands at $75 million and the winner will earn a handsome $18 million. These are certainly unprecedented figures in the game.

RELATED: BROOKS KOEPKA HAS A FIRST WORLD PROBLEM WITH HIS ROLLS ROYCE IN THE POURING RAIN

"I don’t mind people shooting four 67's and earning lots of money but when you’re getting money based on social media and stuff like that, we’re almost into reality TV territory," said Montgomerie.

"I mean, Tiger’s going to win (the Player Impact Program) this year, isn’t he? And he hasn’t hit a competitive shot all year. That says it all.

"The Players Championship is going from $15m to $20m. I mean, are we really supposed to believe that the best players in the world won’t show up if they don’t get that extra $5m?

"Give that money to the Korn Ferry or the LPGA or something. It’s money that the best players on the PGA Tour just don’t need. It’s madness."

The Scotsman reached number two in the world rankings and he was a talisman at the Ryder Cup. He played in eight Ryder Cups for Europe and won five times, he also captained them to victory in 2010.

The DP World Tour has now taken over from the old one and this will see 47 competitions in 27 different countries, with a prize money injection of over $200 million.

The 58-year-old expressed his scepticism of the re-branded circuit and questioned whether the previous hierarchy of the European Tour would approve.

"It’s a real shame and as someone who’s a close friend of (former European Tour CEOs) Ken Schofield and George O’Grady, I wonder what they’re thinking," Montgomerie added.

"Seve, too, and everything that he did for the European Tour. I wonder what he’s looking down and thinking about it.

"I mean, there’s not one word about Europe in there anymore. There’s the Challenge Tour, the Legends Tour and now the DP World Tour. Not one mention of Europe.

"I remember back in 1991 when I was starting out. Woosie had just won The Masters, was World No.1 and he was playing in the Scandinavian Masters the week before flying out to play in the USPGA.

"Tell me when that’s ever going to happen again, where you’ve got the World No.1 and Masters champion warming up for the USPGA at the Scandinavian Masters, a stand-alone European Tour event. It won’t because they’ll all have gone to America already."