This will still no doubt contribute to his PIP score... 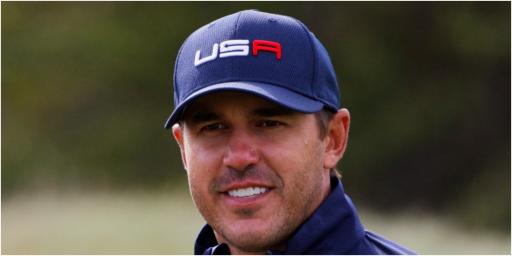 Usually when Brooks Koepka crops up on the Internet these days it involves a post with Bryson DeChambeau or Jena Sims.

But perhaps this one wasn't deliberate. Still, he'll probably boost his player impact program points just for being mentioned on social.

The golf journalist Eamon Lynch caught a pretty humourous moment when he snapped Koepka, 31, running out of gas for his Rolls Royce.

Indeed, it appears as though Koepka had to run the nearest garage to go and grab some before running back in the pouring rain.

This is my favorite tweet about him by a long shot

Koepka is the type of person to just leave his car there and go and buy another one, one person commented.

Lynch certainly appeared to see the amusing side of it.

Koepka most recently took part in the Hero World Challenge where Tiger Woods made his first public appearance since February.

Before that, he beat DeChambeau 5&3 in the fifth edition of The Match.

He is now no longer an equipment free agent, having signed with Cleveland/Srixon at the beginning of last month.