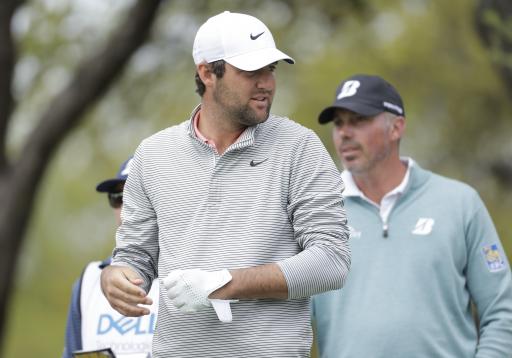 Colin Montgomerie has ripped into the "ridiculous" pace of play antics by the final four players - Billy Horschel, Scottie Scheffler, Matt Kuchar and Victor Perez - at the WGC Match Play on Sunday.

In the second semi-final, Scheffler and Kuchar went round in four hours and eight minutes, while the first semi-final saw Horschel and Perez go round in just under four hours as a result of the match finishing on the 16th hole.

The final between Scheffler and eventual champion Horschel took well over four hours once again - and that included the match finishing on the 17th hole. Scheffler was by far the biggest culprit though, when twice taking well over three minutes to take simple drops.

Montgomerie, 57, voiced his concerns about the pace of play on the final day at Austin Country Club via Twitter. The record eight-time Order of Merit winner also called for penalties to be enforced on slow players.

"No one in front of them. Green reading books, lining up the lines on the ball. Really annoying me. And Matchplay is the fastest form of golf. Something has to be done #slowplay.'

Montgomerie wasn't done there. Neither were his hashtags.

"All four have their yardage books out. They've played the hole with practice 9 times this week. Stood there for two minutes doing nothing! Slow play needs to be penalised. #slowplayruiningthegame"

The pace of play was not just irking Murray and Montgomerie, as golf fans from around the world were venting into their phones about it.

NEXT PAGE: SKY SPORTS GOLF AND GOLF FANS RIP INTO THE PACE OF PLAY AT THE WGC MATCH PLAY