Morikawa believes the world's best players are doing all they can to help grow the game. 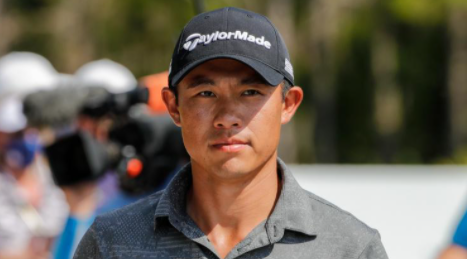 Collin Morikawa has followed Rory McIlroy's lead this week by voicing strong opinion over the topic of PGA Tour pros playing in the controversial Saudi International in February.

Morikawa, who is competing in Tiger Woods' annual Hero World Challenge tournament with the likes of McIlroy in the Bahamas this week, believes the world's best golfers are entitled to play where they like in a bid to help grow the game of golf.

While neither McIlroy or Morikawa have committed themselves to the Saudi International in two months time, they have at least stuck up for their peers such as Dustin Johnson and Bryson DeChambeau, players who have decided they want to play in the tournament.

Xander Schauffele, Sergio Garcia, Phil Mickelson, Ian Poulter and Tommy Fleetwood are five other star names to have signed up to the event at Royal Greens Golf and Country Club in early February.

Johnson has won the tournament two of the past three years since its inauguration in 2019.

The majority of big-name players competing in the tournament will receive huge pay cheques just for turning up.

Some tournament appearance fees will even surpass the first prize on offer.

The Saudi International was previously a European Tour event (now DP World Tour) but has for 2022 been added to the Asian Tour which has been the subject of a 10-year investment by LIV Golf Investments - a company of which Greg Norman is the CEO and which is associated with the Private Investment Fund.

Golf in Saudi Arabia has come under heavy criticism as a result of human rights issues in the country.

But despite the country's dismal human rights record, and the fact players are getting paid an absolute fortune just to compete in the event, Morikawa believes those teeing up in Saudi Arabia are only doing so in a bid to help grow the sport.

"When it comes to Saudi, when it comes to the PGA Tour, I thnk the underlying message that everyone needs to realise is we're here to grow the game," Morikawa told the media this week.

RELATED: COLLIN MORIKAWA ANNOUNCES ENGAGEMENT TO KATHERINE ZHU - "MY FOREVER AND EVER"

McIlroy voiced similar opinion to that of Morikawa earlier in the week.

"I think we’re independent contractors and we should be able to play where we want to play," said McIlroy, who has never played in the Saudi International out of choice.

"So in my opinion I think the Tour should grant releases. It’s an Asian Tour event, it’s an event that has official golf world rankings.

"I do see reasons why they wouldn’t grant releases but I think if they’re trying to do what’s best for their members and their members are going to a place other than the PGA Tour and being able to earn that money, I mean, we’re independent contractors and I feel like we should be able to do that if that’s what our personal choice is.

"My personal choice is not to do that but obviously a lot of players are doing that and I think it’s fair to let them do that.

"My view as a professional golfer is I’m an independent contractor, I should be able to go play where I want if I have the credentials and I have the eligibility to do so. I’d say most of the players on tour would be in a similar opinion to me."

Both the PGA Tour and DP World Tour are now in talks with their members as to what they are going to do should players compete in the Saudi International.

Reports have been coming out of both the new strategic alliance of the PGA Tour and DP World Tour (formerly the European Tour) in recent weeks that they will be refusing to grant releaes to their members to play in the Saudi International.

The DP World Tour is said to be discussing the issue at a board meeting later this week.

NEXT PAGE: TIGER WOODS COULD "VERY POSSIBLY" PLAY WITH CHARLIE WOODS AT THE PNC CHAMPIONSHIP IN TWO WEEKS TIME!