Tiger Woods stated his legacy lies on the PGA Tour and complemented the tour's work during the difficult times of the pandemic. 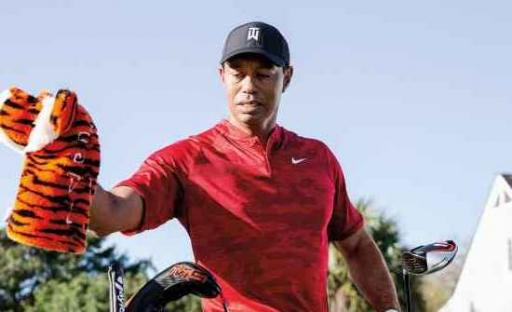 Tiger Woods has pledged strong support for the PGA Tour when up against rival golf leagues that may emerge in the near future.

Speaking at a press conference at the Hero World Challenge, Woods was questioned on the developments involving LIV Golf Investments, Greg Norman and the possibility of a rival golf series.

In October, news broke that a Saudi-backed golf series will soon be launched and Norman would be the commissioner. Since then, this concept has been associated with LIV Golf Investments and the Private Investment Fund.

The Private Investment Fund is the sovereign wealth fund of Saudi Arabia, which is associated with the takeover of Newcastle United. Sports fans and experts have previously questioned the human rights record of this fund.

Woods was very clear where his loyalties lie when he was asked what advice he would give a player on the PGA Tour who was thinking of deferring.

"I have decided for myself that I'm supporting the @PGATOUR. That's where my legacy is." @TigerWoods' response when asked about players considering rival leagues. pic.twitter.com/oFsaBLm6X6

"That's his decision. I've decided for myself and I'm supporting the PGA Tour, that's where my legacy is," Woods said.

"I've been fortunate enough to have won 82 events on this tour and 15 major championships. I've been a part of the World Golf Championships, the start and the end of them.

"I have an allegiance to the PGA Tour. I understand that some of the comparisons are similar to when Arnold (Palmer) and Jack (Nicklaus) broke off from the PGA of America to start the tour.

"I don't see it that way. I think the tour has done a fantastic job, I think Jay (Jay Monahan, PGA Tour commissioner) has done an unbelievable job at a very difficult time during the pandemic.

"There was ample opportunity for players to leave, but we were the first sporting tour to start. But with that, did we have some protocol issues at times? Yes, we had to learn on the fly but Jay and the staff have done an incredible job for that.

"The tour is in great hands, they're doing fantastic and prize money is going up. It's not guaranteed money like most sports are. It's like tennis, you have to go out there and earn it."

The 45-year-old discussed many things at today's press conference such as his return to the PGA Tour, his injury recovery and also the concept of rival golf leagues.

The tour has previously threatened players with expulsion if they deferred to the Saudi-backed series which promises highly lucrative prize purses.

Woods couldn't have been more transparent on this subject. If he is to return, it certainly won't be to a rival of the PGA Tour.

NEXT PAGE: TIGER WOODS TELLS THE MEDIA STAY AWAY FROM MY FAMILY AT PRESS CONFERENCE