Watch the first episode of season two of The Conor Moore Show on Golf Pass now! 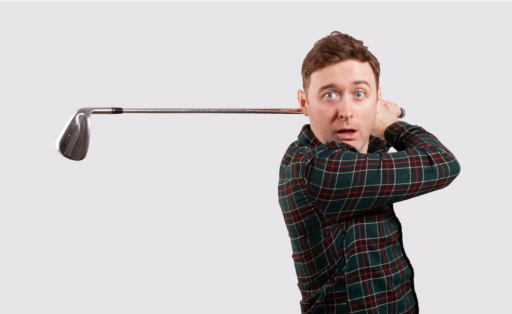 The Conor Moore Show has returned for a second season and in the first episode, Moore interviews PGA Tour star Bryson DeChambeau's golf ball after it takes a battering at Augusta National.

Moore, also known as Conor Sketches, has become a rather popular face in the golf industry, thanks to his brilliant impressions of some of the biggest names in the sport, like Dustin Johnson, Tiger Woods, Sergio Garcia and many more.

On the Season 2 premiere of The Conor Moore Show, Moore breaks down The Masters, scores an exclusive interview with DeChambeau’s ball and sits down for a chat with comedian and Daily Show correspondent Michel Kosta. Plus, a lesson from swing coach extraordinaire, Lucky Lyle.

The highlight of the first episode for us was the interview with DeChambeau's ball, who is a little worse for wear after being on the receiving end of the fastest swing in golf.

If DeChambeau's ball could really talk, it certainly would have a few things to say about the reigning US Open champion, who produced a rather lacklustre tournament at The Masters last week, eventually finishing in a tie for 46th, with a score of 5-over par.

Moore recently added DeChambeau to his list of impressions when his animated series proved a hit with golf fans, after he released a hilarious video featuring the likes of the World No.1 Johnson, Rory McIlroy, Brooks Koepka, Ian Poulter and DeChambeau, who ended the episode by eating the Players Championship trophy.