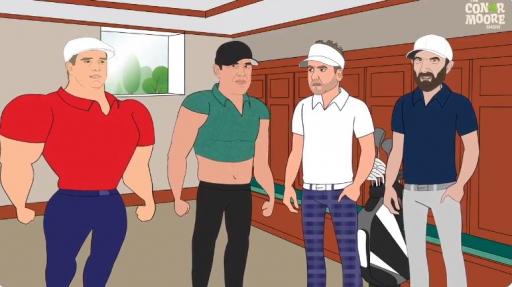 Sketches has made a name for himself with his fantastic impressions over the years and he now has his own show in association with Golf Channel.

His Tiger Woods impression is one of the most popular amongst golf fans, but he continues to add more and more to his locker, with his recent animated video starring Bryson DeChambeau, Rory McIlroy and Brooks Koepka, three of the PGA Tour's biggest names.

The first episode included the rivalry between DeChambeau and Koepka, which has been going on for quite a while and with both players starting to show signs of their best form as of late, it could make for a very interesting year.

That being said, Koepka recently withdrew from The Players Championship due to a knee injury and we are yet to know the extent of the new problem and how long the four-time major winner will be sidelined for.

DeChambeau on the other hand is proving to the world that his quest for speed can lead to success, after he added the Arnold Palmer Invitational to his impressive list of accomplishments.

NEXT PAGE: PGA Tour places OUT OF BOUNDS notice at 18th to stop Bryson DeChambeau plans