Bryson DeChambeau finished in a tie for 46th at Augusta National and 15 shots behind Hideki Matsuyama. 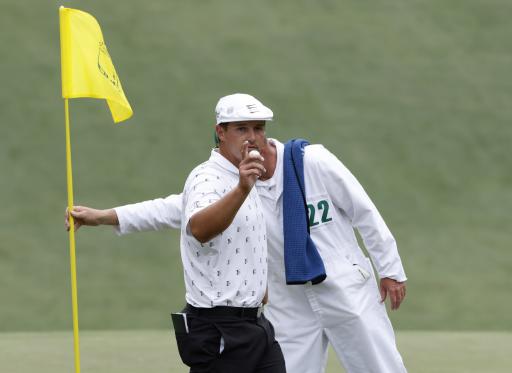 Bryson DeChambeau has pulled out of the RBC Heritage this week after he produced another disappointing display at The Masters.

DeChambeau's withdrawal comes as a surprise considering the World No.6's record at Harbour Town Links, which is one of the PGA Tour's most exciting venues.

In five appearances at the RBC Heritage, DeChambeau has finished in the top 10 on three occasions including a third-place finish in 2018.

There has been no official reason given for DeChambeau's withdrawal, but as the RBC Heritage is an invitational event, he will not be replaced unless the 136-strong field drops below 132.

The big-hitting American has enjoyed great success in the 2020/2021 PGA Tour season with wins at the Arnold Palmer Invitational and the US Open back in September.

He also finished tied third at The Players Championship in March at TPC Sawgrass, but The Masters is an event that DeChambeau is yet to find his best form.

The 27-year-old has made five appearances at The Masters and although he has made the cut in each year, his best finish is 21st place which he achieved during his first appearance in 2016.

"It’s my biggest match, for sure," DeChambeau said about Augusta National on Friday.

"Not having the help that sometimes I have on the golf course at other venues with greensbooks and, you know, not having the calibration tools that I usually use.

"It’s definitely a test and something I’m willing to stand up to and try to face the challenge and try to conquer it. It’s an interesting challenge for me and I love it."

NEXT PAGE: HIDEKI MATSUYAMA EARNED $7,446 PER SWING AT THE MASTERS