PGA Tour pro Corey Conners hits one of the most relatable shots of the day at the Arnold Palmer Invitational. 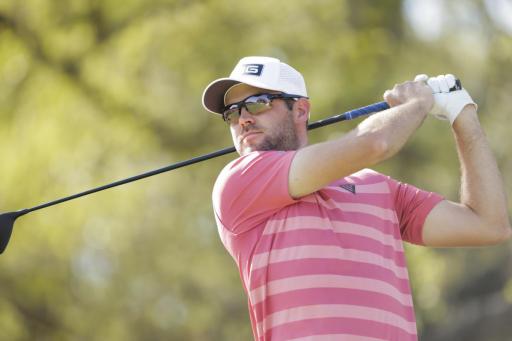 Corey Conners struck one of the most relatable shots of the PGA Tour season so far when nose-diving his fairway wood shot into the lake on the par-5 6th in round one of the Arnold Palmer Invitational at Bay Hill.

Conners, considered one of the best ball strikers on the PGA Tour, appeared to hit well behind the ball with his second shot into the 6th and his ball instantly found a watery grave.

Even for the best ball-strikers on TOUR. pic.twitter.com/jUQALZClUt

Conners went on to make a bogey-six on the hole but he would shoot a round of level-par 72.

Incredibly, it was not the worst shot of the opening round at Arnie's Place as World No.1 Jon Rahm missed one of the shortest putts you will ever see on the PGA Tour.

Rahm missed a par putt from 11 inches on the par-3 7th hole.

The more shocking development here is that Rahm calmly walks away without javelining his putter into orbitpic.twitter.com/wIkEzjKaOc

Rahm was 2-over par on the opening nine but got it back to 1-under par playing the 17th.

He played the final hole poorly though and made bogey to shoot a 72 like Conners.

Rory McIlroy set the early pace with a stunning 7-under 65 and he leads by two shots over Billy Horschel, JJ Spaun and Beau Hossler.

Viktor Hovland is lurking just four shots off the pace on 3-under par alongside former winner Tyrrell Hatton.