Dustin Johnson is looking to defend his Masters title at Augusta National this week. 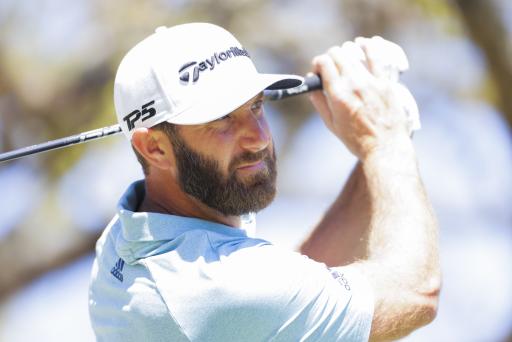 Since he turned professional in 2007, Dustin Johnson has been one of the best and most consistent players on the PGA Tour.

The 36-year-old won his first major title at the US Open in 2016 at Oakmont. This victory meant that Johnson could breathe a sigh of relief after so many close calls at major championships.

He then doubled his major tally back in November when winning The Masters by five shots from Cameron Smith and Sungjae Im and he will look to defend his green jacket at Augusta this week.

The World No.1 has an impressive 24 PGA Tour victories to his name and has spent a total of 123 weeks at the top of the world rankings, which is the third-highest total in PGA Tour history.

Along the way, Johnson has earned an incredible sum of money which is hardly surprising when you consider his record. He has earned $71,279,775 which is the fourth-highest career earnings total of all time on the PGA Tour.

Back in January, Johnson signed a contract extension with Taylormade which is the sponsor he has had since he turned professional 14 years ago.

The big-hitting American has partnerships with Adidas, Hublot, RBC, NetJets, Body Armor and Perfect Practise. These endorsements have contributed massively to Johnson's wealth over the years.

In 2017, Johnson was ranked at number 48 in a list of the world's highest-paid athletes by Forbes which claimed that the American earned $27.6 million in that year.

With all of this in mind, we think that Dustin Johnson is worth approximately $50 million.