Dustin Johnson and Paulina Gretzky have been a couple since 2013 and have two children together. 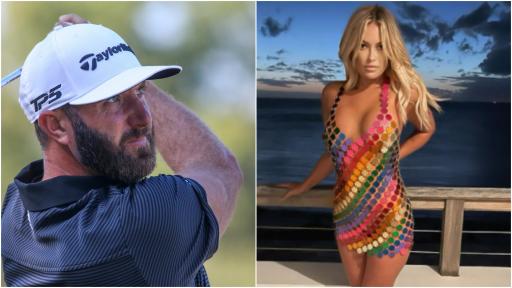 Dustin Johnson is the reigning Masters champion and he will look to defend his green jacket at Augusta National this week.

The big-hitting American is one of the most successful players in PGA Tour history, winning 24 times in his career and earning over $70 million in the process.

Paulina Gretzky is no stranger to being close with world-class sportsmen as she is the daughter of NHL legend Wayne Gretzky and Janet Jones.

The 32-year-old was born in Los Angeles, California and she has made a name for herself as a singer, actress and model.

Her first film appearance came a long time before she met Johnson when she was in a film called In God We Trust in 2000.

In terms of her singing career, the 32-year-old's most notable work is a song called 'Collecting Dust'.

The pair appeared in the news recently when they sold their mansion in Florida for a reported sum of $16.5 million so it is fair to say that the shared success of Johnson and Gretzky has earned them a life of luxury.