Dustin Johnson on why he loves to use a 7-WOOD on the PGA Tour! 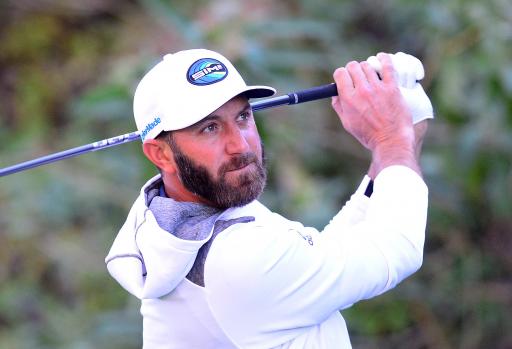 The next time someone laughs at you for using a 7-wood, just politely remind them that the World No.1 has one in his bag.

Dustin Johnson, the reigning Masters champion and dominant force in the game of golf right now, has revealed his admiration for using a TaylorMade SIM Max 7-wood during this week's Genesis Invitational on the PGA Tour.

Johnson might be one of the most laidback individuals you will ever meet in the sport, but he does like to take things seriously now and again when it comes to his golf bag.

"I had a hybrid and then the 5-wood," Johnson told Golf Channel.

"A 5-wood and my 3-wood I hit like the same distance, so TaylorMade made me a 7-wood.

"When I first looked at it I'm like, I thought I was going to hit istraight in the air, but I hit it and it came out kind of nice and low with some spin.

Johnson, who put a 7-wood in play ever since last year's US PGA Championship, claims to be carrying his 7-wood around 255 yards on average.

Johnson used his 7-wood to take aim at the par-4 10th green on day one at the Genesis Invitational, where he went on to card an opening 3-under par.

He said: "I hit it pretty much where I wanted to, it was just left of the green. It actually went a lot further than I thought."

Johnson has won three of his last eight worldwide tournaments and is bidding to win his second career title at Riviera this week following victory there in 2017.