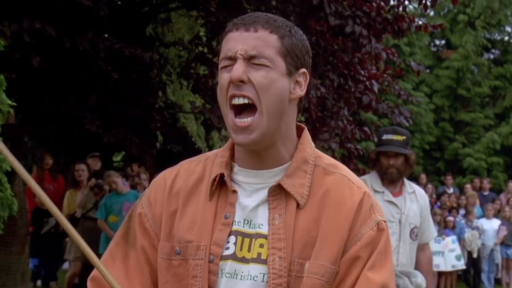 Happy Gilmore, better known as Adam Sandler, has been invited to tee it up at the Tour Championship at East Lake later this season - and it has instantly been met with approval from Rory McIlroy.

Sandler posted a video this week of him recreating one of his famous drives in the iconic 'Happy Gilmore' film, which celebrates its 25th anniversary. Off the back of Sandler's new video - which has gone viral around the world - the Tour Championship's official Twitter account posted the following:

Hey @AdamSandler, if this gets 10K retweets, will you come play 18 holes with us at the end of August?

We take a lot of pride in having you as the 1996 Tour Championship winner pic.twitter.com/4EEqPdeD9r

As you can imagine, it didn't take long for the tweet to pick up its required total, and as a result, Sandler has now been reserved a tee time at East Lake in late August to pay tribute to his fictionalised win there.

The Tour Championship says to join them in "August", which would signal Sandler can play there before the actual Tour Championship tees it up with the PGA Tour's top 30 players in the season-long race going in search of the lucrative FedEx Cup.

The news was met with delight by McIlroy, who tweeted a famous quote from the film: "Meet me on the 9th green at 9. And wear something nice, @AdamSandler."

Meet me on the 9th green at 9. And wear something nice @AdamSandler https://t.co/4ktttzyLXe

Gilmore's arch rival Shooter McGavin is another who will be pushing for an invite, especially after firing back at Gilmore's new video.

Shooter has also called for a challenge match between himself and Tiger Woods against Gilmore and Phil Mickelson.

NEXT PAGE: SHOOTER CALLS OUT TIGER, HAPPY AND PHIL - AND GOLF FANS ARE LOVING IT!