Tae Hoon Kim is playing in the Genesis Invitational on a sponsor invite and his epic ace earned him his third car in just four months. 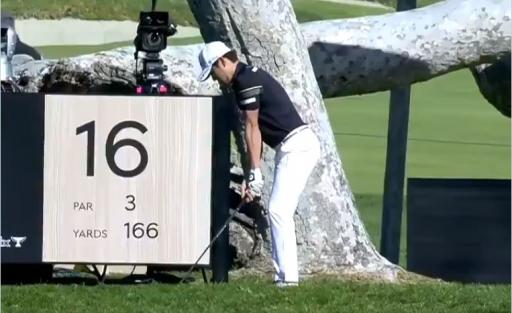 Tae Hoon Kim is playing in the Genesis Invitational on a sponsor invite and the Korean made a sensational hole-in-one at the par-3 16th to win an incredible car to make it a total of three cars in just four months.

The 35-year-old shot a tidy 2-under par opening round of 69 on Thursday and starting on the 10th hole, Kim stepped up to the 166-yard par-3 16th already under par, before making an epic ace.

WATCH KIM'S HOLE-IN-ONE AT THE 16TH BELOW:

AND he picked up a pretty sweet set of wheels. pic.twitter.com/Nou6VcL3XV

“I gave the first two cars to my parents but I’m not sure yet what I’ll do with this latest one,” Kim said through a translator after the opening round on Thursday.

“I didn’t see the ball go in the hole but then I noticed some people up at the green celebrating and realized it went in. That was pretty special thing to happen in my first PGA TOUR event.”