FIGHT breaks out between golfers during Korn Ferry Tour qualifier

Fight occurs on the developmental circuit for the PGA Tour 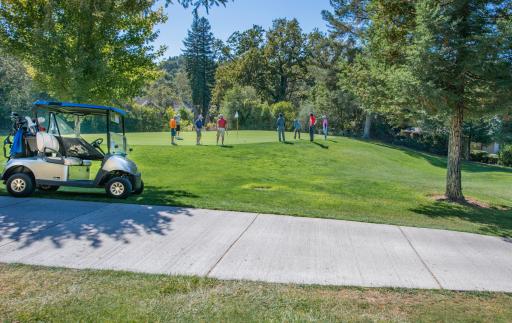 A fight broke out during the Korn Ferry Tour's qualifying event for the Wichita Open on Monday with one golfer being arrested, according to The Firepit Collective's Ryan French.

The incident happened on the par-3 7th hole at Sand Creek Station Golf Course in Kansas. and according to the reports from French on Twitter, the fight resulted from one player Austen Dailey confronting his playing partner Luke Smith about not helping tend the pin or search for potentially lost golf balls.

It is understood that Smith, who had his father caddying for him, then took exception to Dailey's comments and it all kicked off from there.

Full story from a source:

And it was on. (Quotes not exact)

Dailey hit an errant shot on the 7th hole and went to look for his ball. He then approached both Smith and his father asking for help to find his ball in order to help speed up play.

Smith and his father then began yelling at Dailey about his own pace of play, and as Dailey walked away Smith then jumped on him and started punching him.

Reports claim that Smith's father used a putter in order to keep the third member of the group, Derek Fribbs, from breaking up the fight.

The tour released the following statement to Golfweek: "The Korn Ferry Tour is aware of the incident that occurred at today’s qualifier in Newton, Kansas. The individuals involved are not current Korn Ferry Tour members. We are in the process of gathering more details and have no further comment at this time."

I will add it to the story but forgot to include one of the best details.
Derek Fribbs who was the third player in the group gave his statement to the police...WHILE WALKING DOWN THE 10TH FAIRWAY. The cop drove a cart to him and he gave his side of story as he played the 10th.

Another group on the course attempted to come and break up the fight.

Smith was then taken into the clubhouse and then arrested after Dailey decided to press charges.