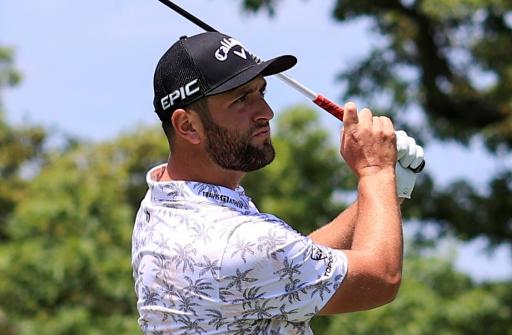 Rahm had moved into a commanding six-shot lead thru 54 holes at Muirfield Village to put one hand on the trophy, only to be told he had contracted a positive Covid test and would therefore need to withdraw.

That left the door ajar for those tucked in behnd Rahm to battle it out in the final round, and it resulted in Patrick Cantlay seeing off Collin Morikawa with a par in the playoff to land his second Memorial title in three years.

Some of Rahm's most ardent fans were up in arms about the decision and believed Rahm should have been able to play on his own wearing a mask in the final round to see out the tournament.

Others felt Cantlay won by default.

Frittelli was having none of it.

"I described some people as clowns, talking about how Jon Rahm actually won this tournament," said the South African, who won the 2019 John Deere Classic. "Patrick Cantlay was the winner of the tournament. End of story."

He added: "I think it's quite silly for people to go out there and think you can do something, whether it's play professional golf, play another sport or work in business and not follow the rules. We've signed up to play by the rules.

"If Jon Rahm picked his ball up, walked over the hole and dropped it next to it and tapped it in, I think a lot of people would be unhappy that he broke a rule."

NEXT PAGE: JON RAHM CLEARED TO PLAY AT THE US OPEN BY HEALTH OFFICIALS