Rickie Fowler has only finished in the top 25 on three occasions on the PGA Tour this season, as his form continues to dip. 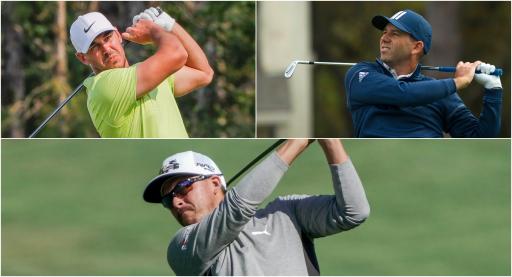 A number of big names on the PGA Tour missed the cut at the AT&T Byron Nelson this week, including Rickie Fowler, Brooks Koepka and Sergio Garcia.

Fowler, who has missed four cuts in his last eight events, opened his week at TPC Craig Ranch with a solid score of 5-under-par on Thursday.

However, due to leader Sam Burns shooting such a low score to finish on 17-under-par which pushed the cut line to 6-under-par, Fowler's score of level-par in the second round was not enough to get him through to the weekend.

After missing the cut at last week's Wells Fargo Championship, the 32-year-old dropped outside of the top 100 players in the world for the first time since 2010.

Koepka's inconsistent form on the PGA Tour continued in Texas this week as the four-time major winner missed his second consecutive cut, adding to his disappointing performance at The Masters.

Despite winning the Waste Management Phoenix Open in February, the 31-year-old has made as many top 10's as he has missed cuts in an erratic 2021 season.

Much like Fowler, Garcia enjoyed a good first round at the AT&T Byron Nelson, shooting a 7-under-par 65 to put him in good shape for the rest of the week.

However, the 2017 Masters champion made six bogeys on his way to a 75 in round two, finishing on 4-under-par and falling two shots short of the cut line.

NEXT PAGE: BROOKS KOEPKA: WHAT'S IN THE BAG OF THE FOUR-TIME MAJOR CHAMPION?