Brooks Koepka: What's in the bag of the four-time major champion?

When it comes to equipment, Brooks Koepka is a free agent and has a range of different clubs in his bag. 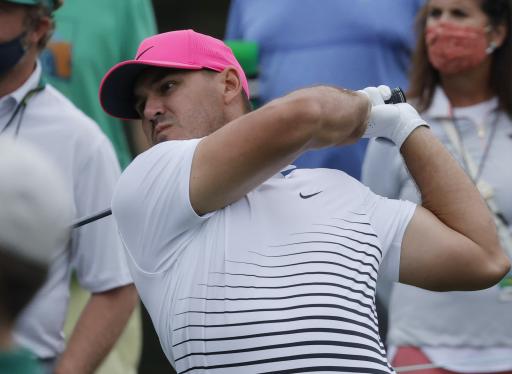 Brooks Koepka has had injury difficulties in 2021, but it didn't stop him from winning the Waste Management Phoenix Open in February.

The man from Florida showed he still has a killer instinct when in contention, an instinct which was shown in 2015 when he won his first PGA Tour title at the same tournament.

Koepka developed into a consistent performer and in 2017, he picked up his first major title at the US Open at Erin Hills. He won back-to-back US Open championships in 2018 and also added a win at the PGA Championship in the same year.

It came to a point where golf fans just assumed Koepka would win every week as he won the PGA Championship for a second time at Bethpage in 2019.

The 31-year-old has won a total of eight times on the PGA Tour, and although he has missed four cuts out of 10 events in 2021, he is still one of the most powerful and talented players on tour.

Koepka used to be a Nike staff player but after the company stopped making hardware in 2016, he has used a variety of clubs in his bag.

Brooks Koepka - What's in the bag?

NEXT PAGE: SAM BURNS SHOOTS 10-UNDER-PAR TO LEAD THE AT&T BYRON NELSON AFTER SECOND ROUND