Tiger Woods was running a little late to the golf course all because of a cartoon, reveals Steve Williams. 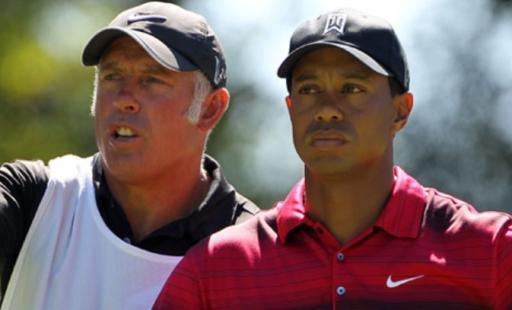 Tiger Woods was late to the golf course for his final round of the 2005 US Open all because he was distracted by a cartoon, claims Woods' former long-time caddie Steve Williams.

Speaking on the popular 'Chasing Majors' podcast hosted by journalist Evin Priest, the New Zealander told how Woods had rocked up at Pinehurst much later than he would normally have done before the start of a round, especially as big as the final round of the US Open.

Williams explained how Woods typically arrived at a golf course around an hour before his tee time, but that was not the case ahead of the final round of the 2005 US Open.

"In the entire time I caddied for Tiger, on the Sunday, it’s the first time, up until that point, that he wasn’t on schedule, he wasn’t on time," Williams said of Woods, who trailed 54-hole leader Retief Goosen by six shots heading into the final round.

"I was getting a bit panicky, it was about 50 minutes until his tee off time, and he hadn’t phoned the golf course yet, and he’s always there like an hour or hour and five before, and he hadn’t arrived yet.

Related: Why Tiger Woods once called Steve Williams "an idiot"

"I was getting a bit worried. And then he rolls up there, and he gets out of the car and, I said ‘Man, I was a little bit worried, what’s the story?’ and he says ‘Oh, I was watching this cartoon and I just couldn’t get away from it. I had to see the end of it.’

"I knew he liked cartoons, though, that didn’t surprise me, but like Sunday at the US Open, you go and watch the cartoon?!"

Campbell had trailed by four shots heading into the final round but his final-round 69 was enough to finish two shots clear of Woods on level par.

How early do you arrive to the golf course before your tee time? Do you give yourself plenty of range time before heading to the first tee, or are you rushing from the car park? Share your thoughts and comments on the GolfMagic social media channels, or come and head over to our YouTube channel.