WATCH: Why Tiger Woods once called Steve Williams an idiot

Tiger Woods once jokingly called Steve Williams an idiot after not letting him in on a costly private joke. Here's why. 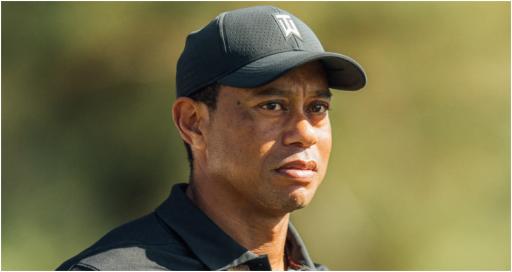 Tiger Woods was "the worst" at taking his range game to the course, his former coach Hank Haney once said.

Haney coached woods between 2004-10 and they claimed six major championships together.

On a recent episode of Golf's Subpar Podcast, Haney marvelled at his genius but couldn't understand one thing about Woods.

Why couldn't the cat take his range game to the course to absolutely bludgeon the competition even further?

"People speculate all the time about him, but they are guessing, I was there, I spent 150 days a year with him for six years. He was incredible, just unbelievable," Haney said.

"I would stand on the driving range and just think, there is no way these guys could beat him. There's just no possible way, and honestly, he wasn't nearly as good on the course."

Then he added: "I told this to a few people - I've taught over 200 touring pros, and the worst player at taking it from the driving range to the golf course that I ever coached was Tiger Woods.

"I'm gonna tell you what. He won 45 per cent of the time he teed it up when I helped him, and on the driving range you'd think there’s no way this guy could ever lose, but you are always going to have regression."

This video from Skratch is from 2005.

Woods explains how Haney and his caddie Steve Williams had a joke that if they were 50 yards or in then they should tell him to aim a little bit right or left so as to avoid smashing the flag.

Then what does Woods go and do? Yep, he smashes the flag.

Then Williams reportedly let slip on their private joke.

Woods' response? "You idiot, why didn't you just tell me this!?"