PGA Tour winner removed from his position as SiriusXM golf analyst following his comments about the WNBA during Saturday's episode of 'The Scorecard'. 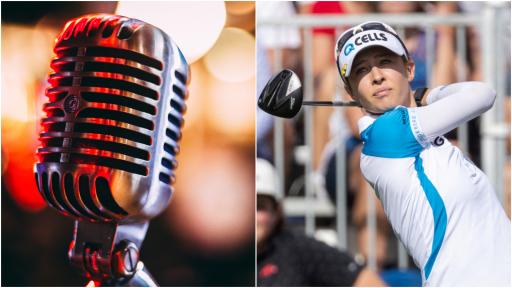 Former PGA Tour winner Mark Lye was fired from his role as SiriusXM PGA Tour radio host over the weekend following his comments about the Women's National Basketball League (WNBA).

The 69-year-old American, who won the 1983 Bank of Boston Classic on the PGA Tour, is said to "no longer be hosting" according to an email that was sent to Golf.com on Sunday afternoon.

Lye was axed from his role after making derogatory comments about ladies sport, in particular watching the WNBA.

"You know, the LPGA Tour to me is a completely different tour than it was 10 years ago," said Lye. "You couldn’t pay me to watch. You really couldn’t. Because I just, I couldn’t relate at all.

"It’s kind of like, you know, if you’re a basketball player — and I’m not trashing anybody; please, don’t take it the wrong way — but I saw some highlights of ladies’ basketball. Man, is there a gun in the house? I’ll shoot myself than watch that.

"But I will tell you this. I’ve been up close watching these ladies play because I used to have a big function every year called the Lucas Cup and I’d have LPGA players and PGA Tour players."

One Twitter user posted her disgust at listerning to Lye's comments with a link to the video, see above.

"Mark Lye on the PGA Tour radio just now. Whole station needs to be burned to the ground," she tweeted.

The episode of 'The Scorecard' which had been presented by Lye has now been removed from the station.

The fact that I can’t relate to WNBA does not make me sexist in any way. All you haters should listen to the whole segment, where I completely glorified womens golf, which I love to cover. Thanks for listening.

After learning of his sacking, Lye took to Twitter to address what happened.

"The fact that I can’t relate to WNBA does not make me sexist in any way," tweeted Lye.

"All you haters should listen to the whole segment, where I completely glorified womens golf, which I love to cover. Thanks for listening."