Rory McIlroy is the only player ever to win the Wells Fargo Championship on multiple occasions. Could he win it for a fourth time this week? 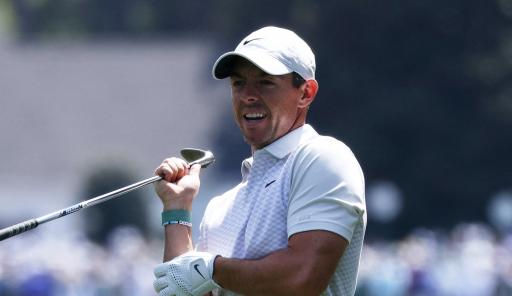 GolfMagic enjoyed another successful week on the betting front at the Mexico Open as Jon Rahm stormed to victory in Vidanta Vallarta. It was the Spaniard's seventh win on the PGA Tour and this week, he is sitting out and passing over the strong event favouritism to Rory McIlroy at the Wells Fargo Championship.

Rory McIlroy is making his first appearance on the PGA Tour since The Masters this week at the Wells Fargo Championship, a tournament that he has won three times.

The Northern Irishman won this event in 2021 to secure his 19th win on the PGA Tour. He remains the only player to win the tournament at Quail Hollow on multiple occasions. In 2022, we will see the players tee it up at TPC Potomac at Avenel Farm instead.

The tour isn't going to Quail Hollow this year as the course prepares to host the Presidents Cup in September. TPC Potomac has hosted 21 events in the past.

Abraham Ancer, Morgan Hoffman, Corey Conners and Tony Finau are other notable players to be teeing it up two weeks before the PGA Championship.

Matt and Andy are currently on a hot streak of betting selections on the PGA Tour and they are back with just two selections this week, with a certain four-time major champion in mind.

Rory McIlroy simply loves this event and although we are at a different venue this week, we trust he will still perform. He has made three top-10's in six appearances in the 2022 season, including a win at the CJ Cup.

McIlroy has meticulously chosen his stops on the PGA Tour this time around and it has resulted in his 20th win on the circuit and a runner-up finish at The Masters.

He has averaged just under 320 yards off the tee, hit 65.40% of greens in regulation and is currently 11th in the FedEx Cup rankings. McIlroy will be primed and ready to perform again at the Wells Fargo Championship.

Cameron Young has been on the cusp of winning his first PGA Tour title on more than one occasion this season. He came second at the Sanderson Farms Championship and the Genesis Invitational and he came third at the RBC Heritage.

The impressive 24-year-old is ranked third in strokes gained off the tee, fifth in driving distance and sixth in birdie averages. It won't be long until such huge prices about Young will be a thing of the past.