Pro-Patrick Reed Twitter account hits out at the PGA's treatment of Tiger Woods ahead of the US PGA Championship at Southern Hills. 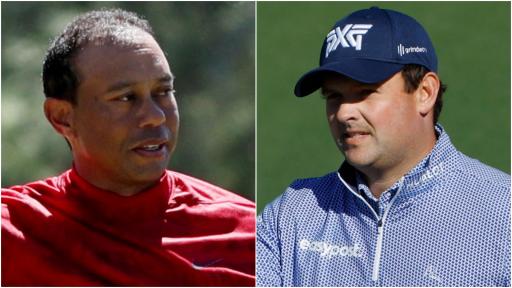 The pro-Patrick Reed Twitter account (@useGolfFACTS) has blasted the PGA over their favourable treatment of Tiger Woods ahead of the upcoming US PGA Championship at Southern Hills.

There are murmerings that the account is run by Reed's wife Justine, but this is just pure speculation.

I wonder what it’s like to have the Director of Golf at Southern Hills give you ALL the course notes you need for the upcoming @PGAChampionship Do all players get this treatment @PGA? For @TigerWoods this is just embarrassing that @PGA posted this photo & it’s very telling. pic.twitter.com/TAf3siYsHO

Woods headed to Southern Hills at the start of the weekend to prepare for the year's second major championship and to see whether the course is going to be manageable for his legs.

The 15-time major champion returned to competitive action 13 months after his horror car crash at The Masters three weeks ago and he went on to finish a respectable 47th.

But despite Woods' legendary status in the game of golf, and the fact the former World No.1 is doing all he can to best prepare for the US PGA Championship at Southern Hills given his circumstances, the Reed camp are not in the mood for any favouritism.

"Learning from the best," read a tweet by the PGA. "Southern Hills Director of Golf Cary Cozby, PGA and Tiger Woods compare notes during their practice round today."

The Reed camp is not happy that Tiger scouted Southern Hills lol https://t.co/p0d7erDe1w

"I wonder what it's like to have the Director of Golf at Southern Hills give you ALL the course notes you need for the upcoming PGA Championship?" read the tweet by @useGolfFACTS.

"Do all players get this treatment @PGA? For @TigerWoods, this is just embarrassing that @PGA posted this photo & it's very telling."

Reed was competing in the Mexico Open at Vidanta last week, and despite moving into contention for the title heading into the weekend, the former Masters champion slumped to a final-round 75 to finish tied 42nd.

It is therefore a course that Woods has fond memories of and it will be very interesting to see whether he decides to compete in the year's second major championship in two weeks time.

Current reports would indicate Woods' practice session went well and that he has full intentions of teeing it up.

Phil Mickelson has also confirmed he intends to return to action and defend his US PGA title that he memorably won last year, becoming the oldest major champion aged 50 in the process.

Next Page: Jon Rahm wins the Mexico Open at Vidanta - here's how much they all won