Take a look at our expert selections for this week's Players Championship at TPC Sawgrass. 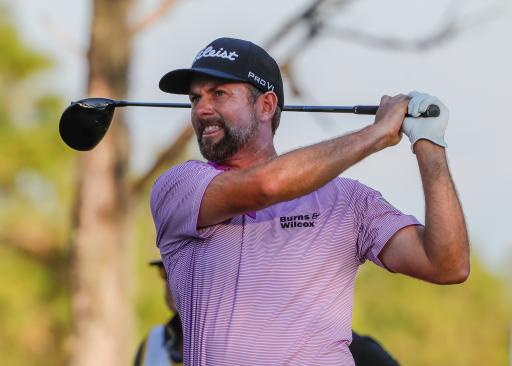 The Players Championship is finally back and after the event was cancelled following the opening round in 2020, golf fans around the world are eagerly anticipating the return of the PGA Tour's flagship event, but which players are GolfMagic backing to perform this week?

Last week, we tipped Max Homa as an each way bet and said there was plenty of profit to be made around him with a top 20 or top 10 bet and it most certainly paid off!

That leaves us with plenty of money to play around with at TPC Sawgrass and we can't wait to see the players take on the iconic par-3 17th hole.

Rory McIlroy is technically still the defending champion, as the tournament wasn't able to conclude last year, but with McIlroy's hit and miss form as of late, we won't be backing the Northern Irishman to claim the title this year.

The Players Championship often results in big names taking home the trophy, with Webb Simpson, Jason Day and Rickie Fowler all joining McIlroy as winners of the event in the past six years.

Dustin Johnson leads the way with the bookies as the tournament favourite at 12/1, no surprise given that he's the World No.1, but his course form at TPC Sawgrass isn't great and neither is his form on the Florida swing in general.

Florida form has proved extremely important when it comes to The Players Championship, with many of the past winners also recording strong finishes during the PGA Tour's Florida swing and Webb Simpson fits that profile perfectly, with odds of 22/1.

Simpson is a past champion of The Players, winning the tournament in 2018, so he knows exactly what it takes to get the job done at TPC Sawgrass.

He's not the longest hitter out there, but that's not his style. Simpson finds fairway after fairway and that's what makes him so dangerous.

A T6 finish in his last start at the WGC-Workday Championship at The Concession (in Florida) is another reason why we are siding with Simpson as our main bet for the week.

Everyone has been quick to forget how impressive this man was during the first round of The Players Championship last year and at 33/1 he's worth siding with a year later.

Matsuyama shot an opening round of 63 last year before the tournament was cancelled and had it not been, there was every chance he would have gone on to win.

His last two starts have seen Matsuyama record finishes of T15 and T18 and with the former being at The Concession, we're confident he will be feeling good about his return to TPC Sawgrass.

Christian Bezuidenhout has established himself as one of the most talented players on the European Tour and now he is starting to show what he can do on the PGA Tour.

The South African shot a 1-over par final round at Bay Hill during a difficult day for scoring and finished in 7th place.

He's a very steady player and like Simpson he seems to be good at everything. We think TPC Sawgrass could be the ideal location for Bezuidenhout to showcase his wide range of skills and with excellent value of 70/1, we recommend an each way or top 20 bet.