It's the last PGA Tour event before The Masters and we are back with our top three bets for the Valero Texas Open. 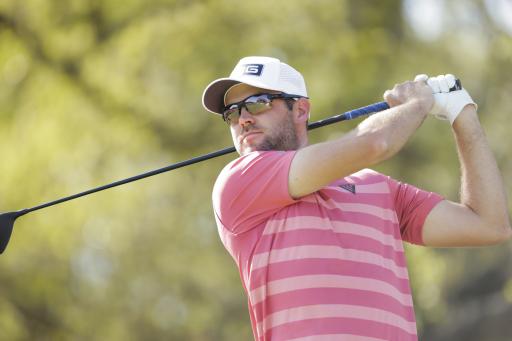 The Masters is just around the corner and with one week to go, a pretty strong field will tee it up at TPC San Antonio for the Valero Texas Open, where Rickie Fowler will need to win the event if he is to secure a last minute spot at Augusta, but which players are we placing money on?

TPC San Antonio was designed by The Shark Greg Norman and opened in January 2010. The tricky course requires strong greens in regulation stats as we've seen with past winners, while a solid performance on the greens with the putter has also proved a key statistic here in Texas.

Fowler is on the verge of missing his first Masters tournament in 10 years and it would certainly be an exciting way to salvage his Masters hopes by winning the Texas Open, but it's the defending champion who has our attention this week.

With last year's Valero Texas Open cancelled due to the coronavirus outbreak, 2019 winner Corey Conners goes into this year's event as the defending champion and we think 22/1 is serious value.

The Canadian's performance at the WGC Match Play was lacklustre to say the least, winning no points and crashing out of his group, but he will be relishing his title defence this week.

Prior to the WGC Match Play, Conners has been in excellent form, finishing in 3rd place at the Arnold Palmer Invitational and 7th at The Players Championship.

Conners produced some fantastic golf when he won here in 2019 and we think he has every chance of doing it again.

With Dustin Johnson withdrawing from the Texas Open, Jordan Spieth is now the favourite with the bookmakers at 12/1 and with his form over the past few months, it would be fitting for the former World No.1 to end his winless run on home turf in Texas.

We backed Spieth at the WGC Match Play and when he won his group we felt as though he could go on and reach the final, but he was disappointing against Matt Kuchar.

Spieth is still lacking the final-round edge that he needs to get the job done, but it seems only a matter of time before he's back in the winner's circle and this week provides another great opportunity for him to find the victory he so desperately needs.

We wanted to find a player offering serious value with an each way bet this week and we think Graeme McDowell at 160/1 could return some serious money, even with a Top 20 bet.

McDowell had a brilliant chance of winning the Puntacana Championship last week, but collapsed with two bogeys in his final two holes.

It was still a solid week for McDowell and having finished in a tie for 7th at the Texas Open last time out, he's worth siding with each way.