The Honda Classic is the first event of the PGA Tour's Florida swing and it was the site of Sungjae Im's first PGA Tour victory in 2020. 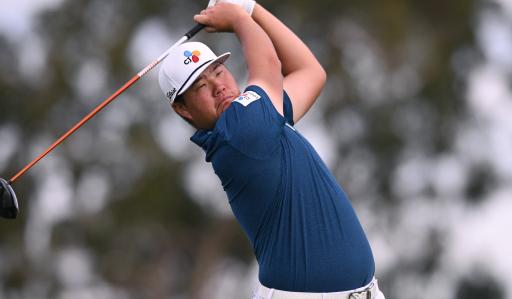 Sungjae Im is the betting favourite for the week at the Honda Classic which presents one of the toughest challenges on the PGA Tour schedule.

Matt Jones is the defending champion of the event after he completed an impressive five-stroke victory last season. Four players have won this event multiple times including Jack Nicklaus and Padraig Harrington.

12 of the top 50 players in the world are set to tee it up this week in the Sunshine State with the highest-ranked player being South Africa's Louis Oosthuizen.

Andy and Matt had another tough week at the Genesis Invitational, but they are back with a fresh selection of players this week.

Sungjae Im has had a very solid start to the 2021/2022 season. He won the Shriners Children's Open back in October, along with three other top-10 finishes in the nine events he has played.

Tommy Fleetwood is yet to win on the PGA Tour and his last appearance on the circuit came at the ZOZO Championship when he finished tied seventh.

However, the Englishman finished third at this event in 2020 and fourth in 2018. He is able to negotiate the Bear Trap and PGA National as a whole and 28/1 is a generous price.

Despite missing the cut at the WM Phoenix Open, Daniel Berger has two top-25 finishes in three events this season. His main strength is his long game as he is ranked second in driving accuracy percentage and 10th in strokes gained from tee to green.

Berger also has a good record at the Honda Classic. He finished fourth last year and second on his event debut in 2015. With the slightly weaker field this week, Berger could certainly take control at PGA National.

Matt Jones completed the first five-stroke victory at the event last season since Camillo Villegas in 2010. He also shot the joint-lowest winning score of 12-under-par since 2011.

Although he has missed five cuts this season, Jones was very impressive in third place at the Sony Open on 32-under-par and he has proven he can conquer PGA National.