Take a look at our top three bets for all the action at Harbour Town Golf Links this week. 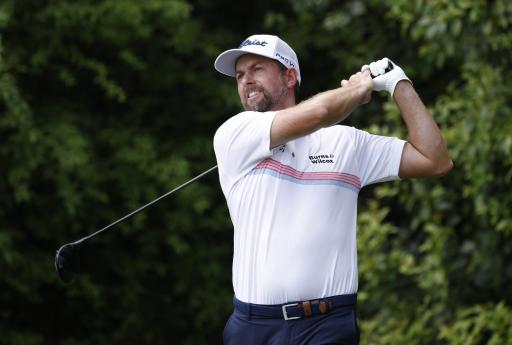 The PGA Tour heads to Harbour Town Golf Links this week for the RBC Heritage and with The Masters now behind us, a stellar field takes to the stage in South Carolina, but which players are we backing?

Harbour Town Golf Links is a course that features some of the smallest greens on the PGA Tour and if you're not hitting the right places off the tee, they're very tough to find.

Dustin Johnson is the favourite with the bookies and after failing to make the cut in his Masters title defence, he will be looking to bounce back this week, but we won't be siding with the World No.1 given his poor history at this golf course.

It's the defending champion we are picking as one of our three bets this week and when you combine his recent form with his history at Harbour Town, it's very difficult to ignore Simpson.

It looked as though Simpson was going to be one of the main contenders after a solid first round at Augusta, but one bad hole pretty much took him out of contention.

Simpson is an extremely consistent player and his iron play is up there with the best, so we think he has every chance of successfully defending his title this week.

Corey Conners recorded his second top 10 finish at Augusta National after finishing in a tie for 8th at The Masters last week and the Canadian admitted he felt the pressure on Sunday which caused him to fall down the leaderboard slightly.

He's finished no worse than T14 in his last four starts and Conners has been one of the most improved golfers over the past year and we think his incredible iron play will make him a front runner at the RBC Heritage this week.

Conners finished in a tie for 21st here last year, but his form in recent months shows he has what it takes to compete with the best.

Our final selection is an each way bet on Sergio Garcia at 40/1, capping off our picks with another superb iron player and one of the best drivers in the game.

The Spaniard has been in fine form and looks like he will play a crucial role at the Ryder Cup later this year and with a T5 finish at the 2020 RBC Heritage, we think Garcia provides excellent value as an each way bet this week.