Kevin Kisner has been one of the best putters in the world during his time on the PGA Tour, but he could be about to make a drastic change on the greens. 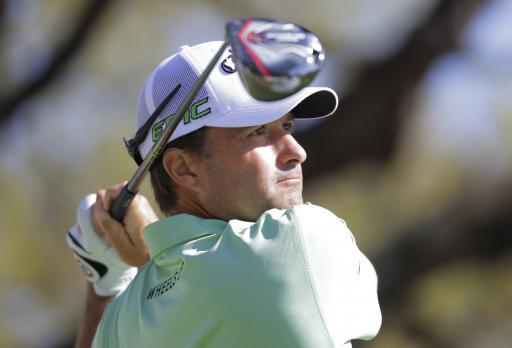 Kevin Kisner could be about to make a major change in his golf bag as he looks to find the form on the greens that once made him one of the best putters on the PGA Tour.

The 37-year-old has been out of form in the past few months and after ending 2020 ranked 25th in the world, Kisner has now slipped to 41st.

In his most recent start at The Masters, Kisner missed the cut with a score of 5-over par after the opening two rounds and prior to the action at Augusta, he was knocked out of the WGC-Dell Technologies Match Play during the group stage where he was defending the title he won in 2019.

Putting has always been a seriously strong part of Kisner's game, but due to some inconsistency lately, the American has been testing an arm lock putter ahead of this week's RBC Hertitage.

Arm lock putters are becoming increasingly popular on the PGA Tour and for someone as talented as Kisner to potentially make the switch, we could see more and more top players turn to them in the future.

"I was trying out the arm lock," Kisner told the media at Harbour Town Golf Links. "I figured I've been putting pretty poorly, one of the best parts of my game, not starting on line last week. I just wanted to see a different look, try it out, and I like it.

"I think it's really good inside 10 feet. I've just got to get used to the speed. I'll see how it goes tomorrow in the pro-am and see if I'll try it on Thursday."

Kisner was then asked if making such a big change to the strongest part of his game was a concern, but the three-time PGA Tour winner said his current putting performance was more of an issue than the change itself.

"Well, more concerning is how poorly I've been putting this year," he added. "I've got to start seeing some putts going in the hole. My biggest problem is I've normally been one of the best inside eight feet, and this year I'm not making it so I can't keep the momentum of the round going when I miss a green, and then if I stuff an iron shot and miss the putt it's really putting a drag on the whole game.

"If I can see this way starting on line and hitting more solid putts more consistently I think it can help overall, but it's still just a trial as of now."