Billy Horschel made the crowd laugh at the Charles Schwab Challenge when he teed off on the 1st hole during his second round. 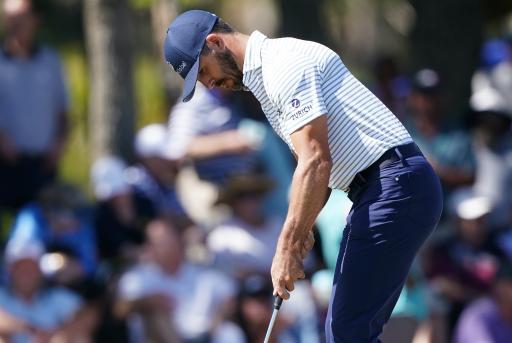 When Billy Horschel teed off on the 1st hole during his second round at the Charles Schwab Challenge, he uttered words that every golfer can relate to.

In his first round at Colonial Country Club on Thursday, Horschel played his front nine in 4-under-par and looked set to threaten the lead set by Jordan Spieth and Sergio Garcia.

However, the 34-year-old experienced somewhat of a collapse on the back nine with five bogeys and he carded a 1-over-par 70. His disappointing score was arguably down to the fact that he recorded a driving accuracy percentage of 57.14%.

Horschel himself clearly felt this was an issue too, as when he teed off during his second round on the par-5 1st hole, he was stunned to see his ball soaring down the middle of the fairway.

The six-time winner on the PGA Tour made the crowd laugh with his comments as he watched his ball in the air. It is fair to say that there are many of us who can relate to Horschel's words.

The World No. 21 has had a great season on the PGA Tour so far in 2021, which has been highlighted by his win at the Dell Technologies Matchplay in March.

Golf fans reacted to Horschel's funny comment on his drive:

"I completely understand this feeling. I've been golfing for 10 years and still haven't shot under a 90, that's with Pro Tips as well," one fan said.

"Stop putting this guy in featured groups," one fan commented.

"Good player I like to see more of that from him.." another fan said.

"So relatable... hopefully I hit a fair few this weekend," another fan commented.

"This guy grew a whole beard in 2 weeks...lit" one fan said.

NEXT PAGE: BERND WIESBERGER FIRES DAY-TWO 65 TO LEAD MADE IN HIMMERLAND ON EUROPEAN TOUR