Collin Morikawa almost suffered one of the most dreaded shots in our sport, but he got away with a lucky escape at the Charles Schwab Challenge. 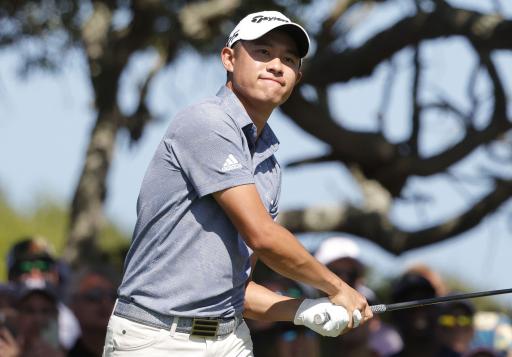 The horseshoe is one of the most dreaded experiences that can happen to you in golf, and Collin Morikawa was on the brink of one for a split second yesterday.

When you think your ball is tracking and going to end up in the bottom of the cup, but instead it wraps around the side of the hole and somehow stays out, it can make you feel sick to your stomach.

During the third round at the Charles Schwab Challenge, Morikawa had an extremely short putt which looked as though it was inconceivable for him to miss.

As the World No. 5 sent his ball rolling towards the hole, it curled around the left side of the cup and came back to the front of the hole. When it looked as though the ball may stop on the edge having done a full 360, it finally fell underground to Morikawa's relief.

Golf fans reacted to the putt:

"Why does the commentary sound like someone who just walked in on someone in an unlocked toilet cubicle," one fan said.

"If it were in the Southern hemisphere would it 360 in the opposite direction?" one fan commented.

"A lot of emotions for one second," another fan commented.

"Doesn’t matter how it goes in..." another fan said.

"Like a game at a carnival," one fan said.

After the shot was finished, the 24-year-old looked physically shocked that he had almost missed from such a short range and he was grateful to be able to pick the ball out of the hole.

The 2020 PGA champion shot a third-round score of 72 at Colonial Country Club to finish on 3-under-par for the tournament and 12 shots behind Jordan Spieth.

Morikawa had been in a promising position on 5-under-par after two rounds, but five bogeys in Fort Worth on Saturday meant that he would struggle to climb the leaderboard.

NEXT PAGE: DOES KOEPKA VS DECHAMBEAU RANK IN YOUR TOP FIVE OF GOLF'S BEST EVER RIVALRIES?