Ryder Cup veteran Ian Poulter got creative on what is widely known as 'Star Wars Day'. 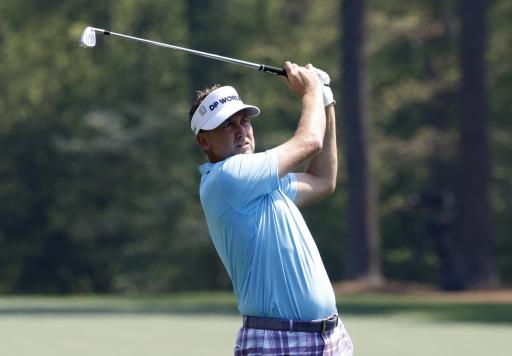 If the PGA Tour were dishing out that $40 million bonus based on creativity then they might as well give ever dollar to Ian Poulter, who released a brilliant video to celebrate May 4, also known as 'Star Wars Day'.

Every year on today's date we see plenty of tweets with the caption 'May the 4th be with you' and typically it comes with a picture of Master Yoda or another Star Wars character.

RELATED: IAN POULTER IS ABSOLUTELY FUMING AFTER RECEIVING A SLOW PLAY EMAIL FROM THE PGA TOUR!

Poulter decided to get a bit creative and made a video (that must have taken a serious amount of takes) showing off his skills as he uses 'The Force' to complete some golf trick shots.

WATCH POULTER'S MAY 4 VIDEO BELOW:

The Ryder Cup veteran competes on the PGA Tour again this week at the Wells Fargo Championship in North Carolina, where he will look to continue the momentum after he pieced together a fantastic 5-under par final round at the Valspar Championship.

Poulter's Sunday round turned his tournament score around from 4-over par to 1-under par, helping him climb the leaderboard to finish in a tie for 21st place.

The 45-year-old has now made the cut in his last three starts on the PGA Tour, something he was struggling to do prior to his recent run, but golf fans were in awe of his social media creativity rather than his golf game, with his video receiving plenty of comments on both Instagram and Twitter.

NEXT PAGE: Two PGA Tour players made SHOCKING MISTAKES at the Valspar Championship