Satoshi Kodaira unfortunately missed the cut at the Valspar Championship this week, but he had a moment to remember on the 17th hole of his second round. 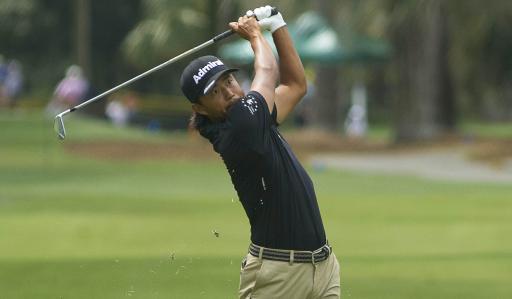 Satoshi Kodaira holed a fantastic flop shot at the par-3 17th hole in his second round at the Valspar Championship, which was a moment to remember in what was a forgettable week.

Kodaira hit his tee shot on the 204-yard par-3 short and right of the green with a bunker to contend with, and the hole was cut close to his side of the green.

Nonetheless, the World No.471 took on the challenge and sent a flop shot high into the air and landed the ball perfectly on to the green for it to roll into the hole.

"I try that and I blade it into someone's noggin on the next tee," one fan said.

"Heard the crowd go crazy and now I'm seeing why," another fan commented.

"It's just a classic example of a shot where there is no option but to execute...you imagine...then bring to fruition...very touchy but so rewarding!!" one fan said.

After making a birdie, this meant that the Japanese player needed another birdie on the final hole to make the cut, which was at 1-under-par, but Kodaira, unfortunately, made a bogey.

This has been the story of Kodaira's season so far. The 31-year-old has played in 16 PGA Tour events this season but has only made seven cuts.

His best finish in the 2021 season came back in October when he finished in a tie for 35th at the ZOZO Championship.