Patrick Reed was filmed doing an interesting drill on the range ahead of Sunday's final round at the WGC-Workday Championship. 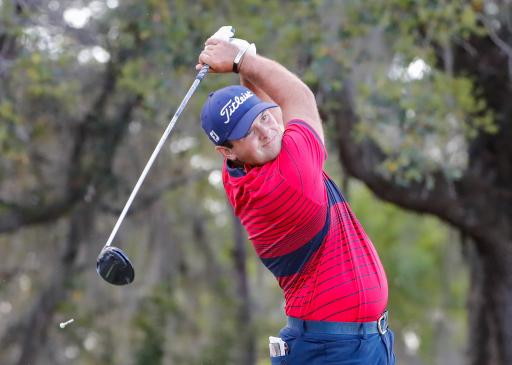 Patrick Reed was filmed doing an interesting drill on the range ahead of the WGC-Workday Championship final round whilst working on spine angle and it's one that not many golf fans had seen before.

The World No.9 shot a level par final round at The Concession on Sunday to finish in a tie for 9th alongside Jason Kokrak, seven strokes behind winner Collin Morikawa.

Prior to the fourth round, Reed was on the range working on his game and was filmed hitting balls with one hand behind his back, holding an allignment stick against his spine to get a feel for his angles.

WATCH REED'S SPINE ANGLE DRILL IN THE VIDEO BELOW:

Of course a video of Reed can't seem to be posted on social media without golf fans taking a poke at him.

"I thought only people with spines needed to worry about spine angle," said one golf fan.

"Where’s the drill where his foot kicks the ball out the rough?" joked another.

"God damn casuals shut up about Patrick Reed just watch the damn drill," said someone who was more interested in the unique drill than the comments about the 30-year-old.

One PGA teaching professional took to Twitter to give his view on the drill: "Absolutely love this drill that Patrick was working on before Sunday's final round and it's one I use with my students a lot. Can really help players that change their angle too much in their swing."

NEXT PAGE: Eddie Pepperell uses Collin Morikawa win to remind juniors of the key to success