Collin Morikawa turned professional in 2019 and has already racked up a serious amount of money on the PGA Tour. 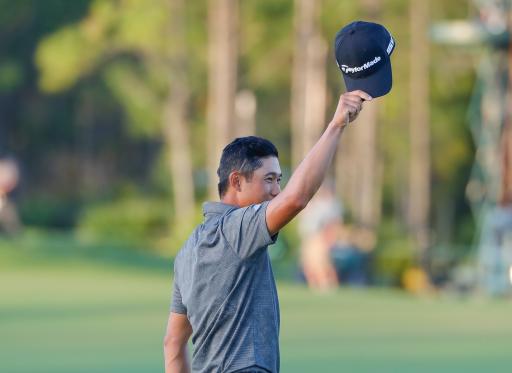 Collin Morikawa hasn't been on the PGA Tour for very long, but he's already earned a hell of a lot of money since he turned professional in 2019 and if he continues at the rate he's going, he could be well on his way to becoming one of the highest earners in the Tour's history.

The 24-year-old already has four PGA Tour wins to his name, including a major title after he won the PGA Championship at TPC Harding Park last year, as well as a World Golf Championship, which he added to his tally on Sunday at The Concession.

Morikawa joined an elite club after his most recent win, as he and Tiger Woods are the only two players to have won a major and a WGC event before turning 25.

For winning the WGC-Workday Championship, Morikawa earned himself a tidy sum of $1,820,000, the second biggest pay cheque of his career, behind his PGA Championship win of $1,980,000.

RELATED: How much every player won at the WGC-Workday Championship

Since his PGA Tour professional debut at the 2019 RBC Candadian Open, Morikawa has made $9,503,025 in on-course earnings (up to WGC-Workday), an incredible amount of money for someone who has only been a professional golfer for around 21 months.

He also makes a hefty amount of money through his sponsorship deals with the likes of TaylorMade, adidas Golf and other brand giants, whilst appearance fees are also a big part of modern-day golf.

Given that Morikawa is currently ranked 4th in the world and is playing some sensational golf right now, you'd expect that this young man will add many more PGA Tour wins to his name and probably a few more majors too, meaning it would be no surprise to one day see his name breaking into the top five of the all-time money list, where Morikawa has already made his way up to 209th out of 642 players in a seriously short period of time.

Previous
Golf fans react to video of Patrick Reed doing spine angle drill before WGC
Next
Your golf ball hits a bird and goes OUT OF BOUNDS, but what's the ruling?